Featured in Architectural Digest, this new classic Tudor home located in Bethesda, Maryland seems to pre-date its neighbors. A central goal of the design was to create a thoughtful and refined Tudor house reinterpreted into the modern day. From the deliberately uneven walkway to the mature trees, every element contributes to the patina of the project. Elegant chimneys, a slate-shingled roof and the thoughtful combination of stone and traditional wood paneling adds to a sense of regal warmth on the exterior. On the interior, one progresses through an informal yet structured progression of traditional Tudor spaces to give the impression as if they were added over time.

These choices were mirrored in tasteful and considered interior architecture and design. Furniture choices channel Medieval and gothic references into a 21st century context. Custom wood built-ins, detailing and trim seamlessly and clearly rearticulate traditional Tudor house qualities in a modern era. Unburdened and gracefully organized floorplans contribute to both social areas and intimate private spaces for one to retreat to: the Tudor construction features cozy libraries, conversation-amenable seating areas with distinct and unique stone fireplaces, and a bright chef’s kitchen with reclaimed, exposed timbers and a marble island. Far from a Tudor home characterized by burdened spaces that close in on themselves or those devoid of interior light, this Tudor style home design emphasizes openness and a sense of weightlessness. These traits came easily to spaces throughout the home through use of vaulted ceilings, intentional uncrowdedness, and a curated, earthy color palette throughout the home.

In this project, Donald Lococo Architects was tasked with reimagining Tudor architecture for the modern home, and through thoughtful design choices, created the new American Tudor home, effortlessly manifesting ideal aesthetic idiosyncrasies of a Tudor style house while remaining intrinsically updated to the present-day. Read more about this project in the Architectural Digest article referenced in “Publications.” 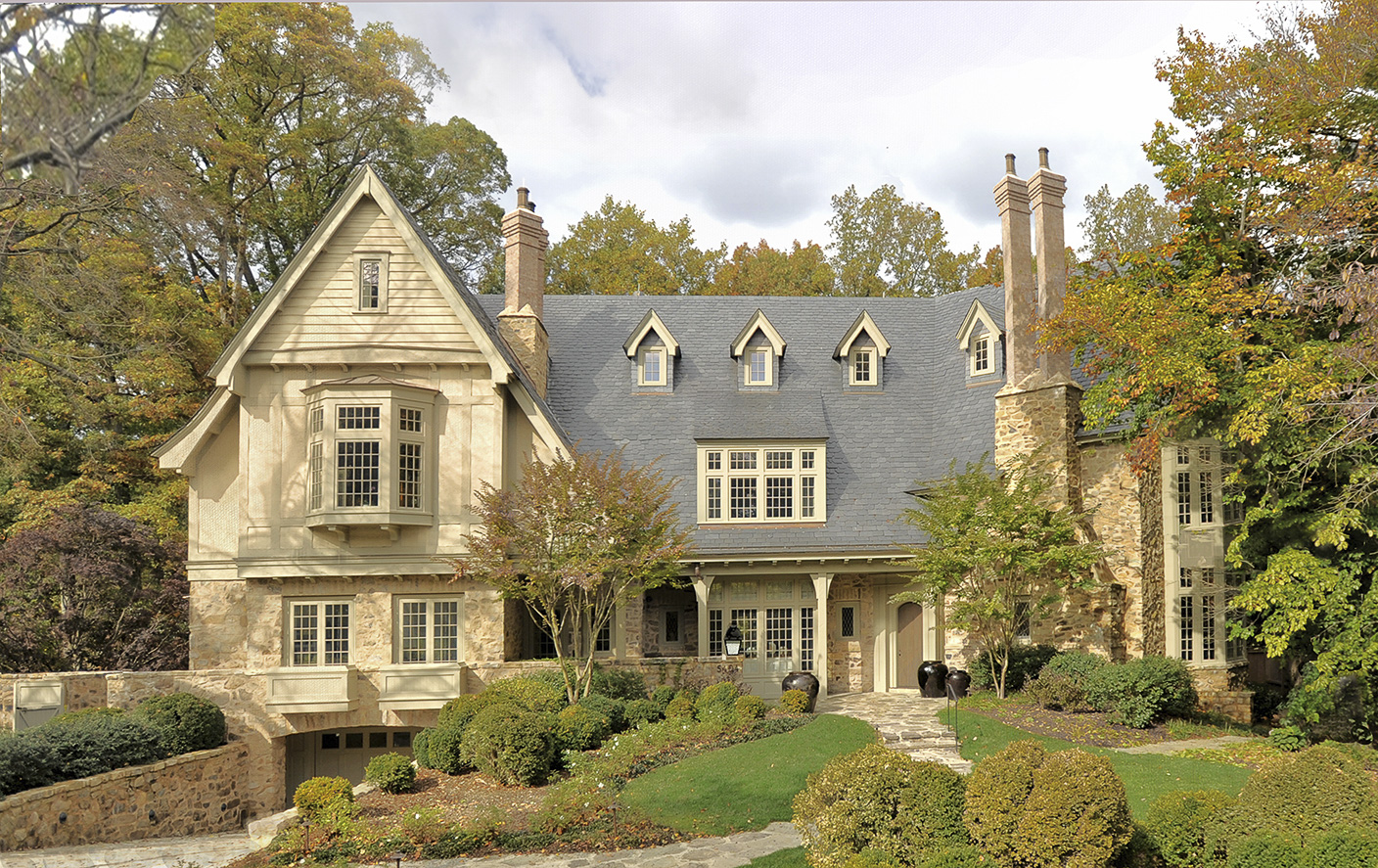 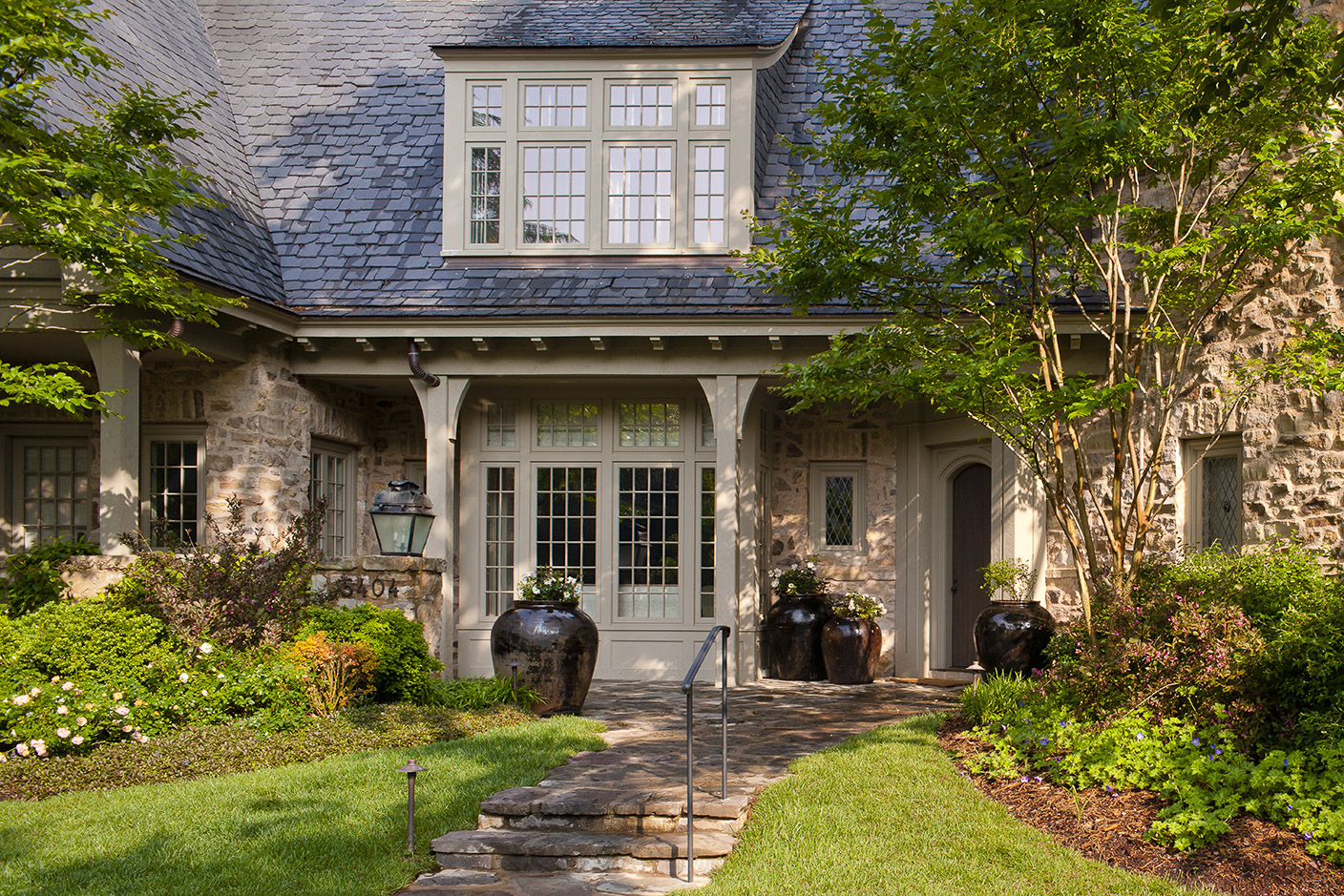 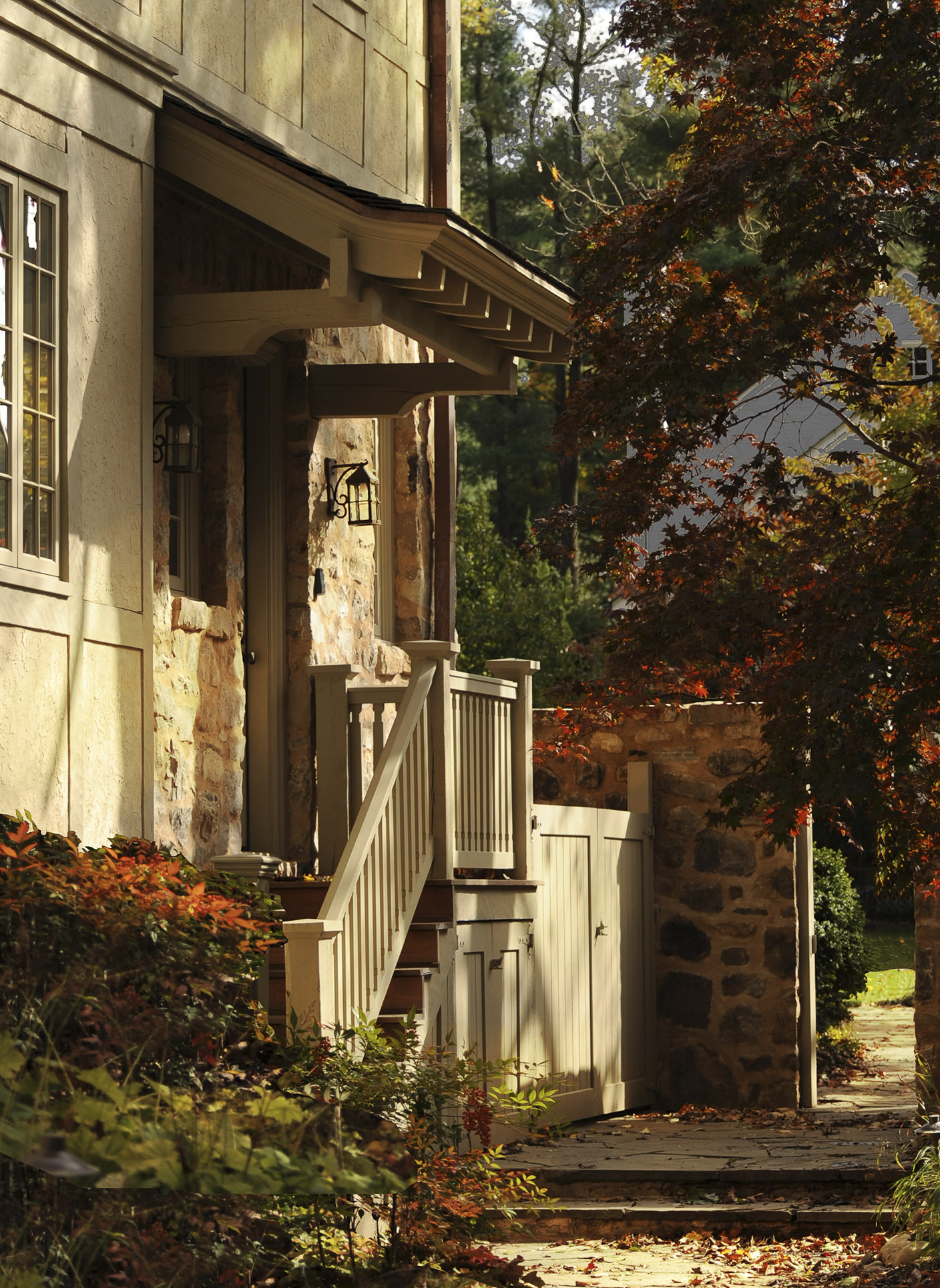 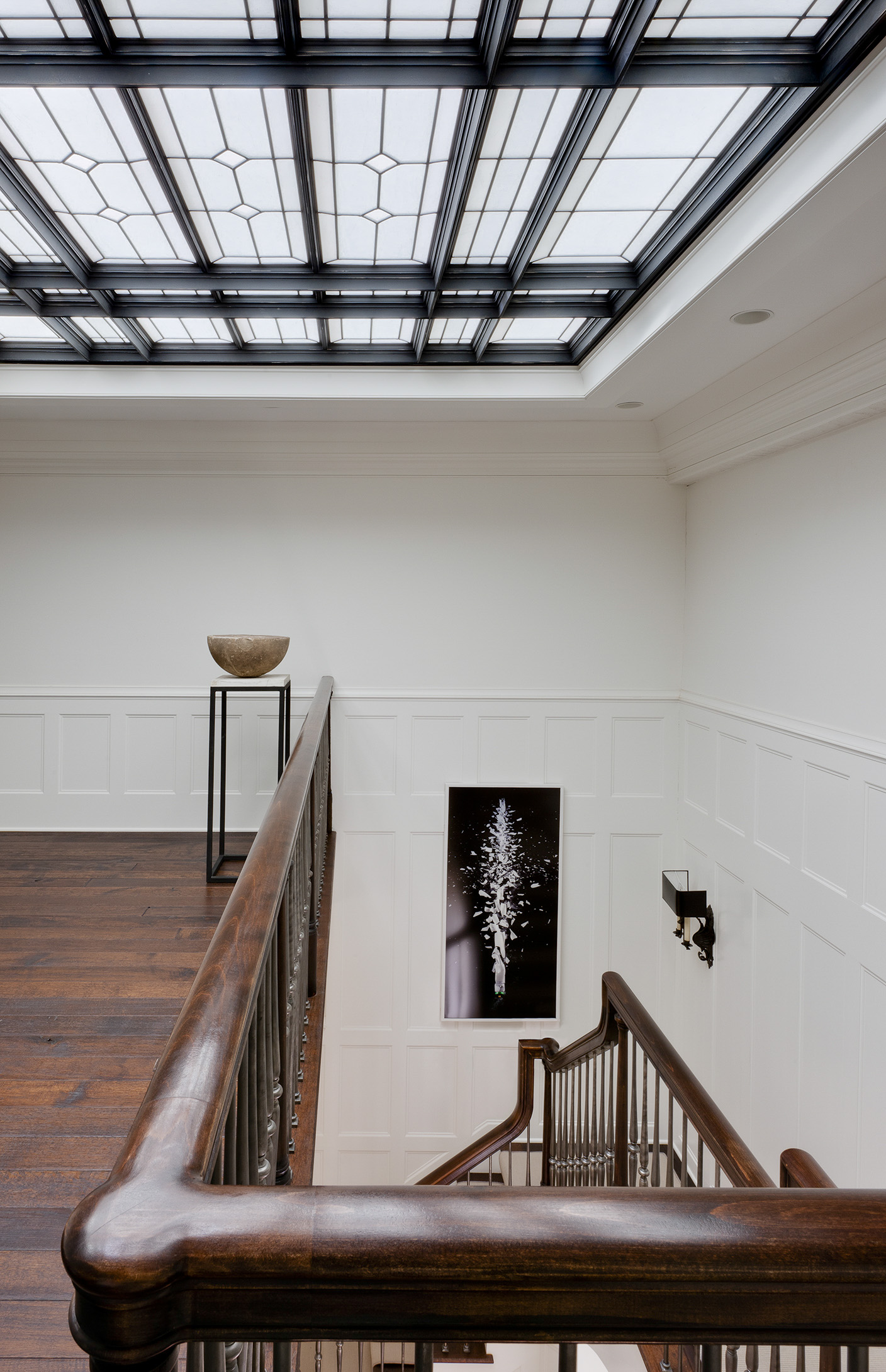 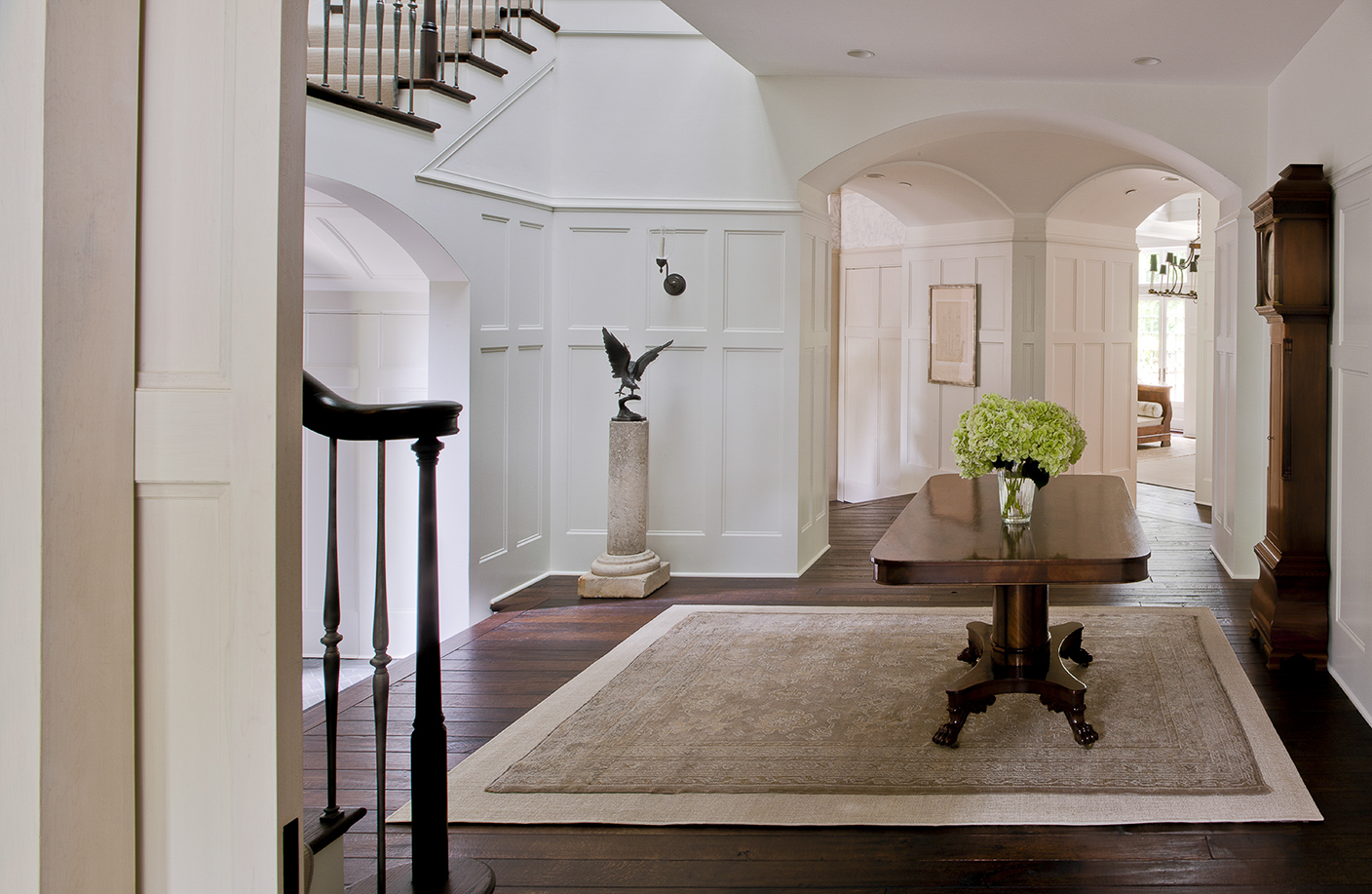 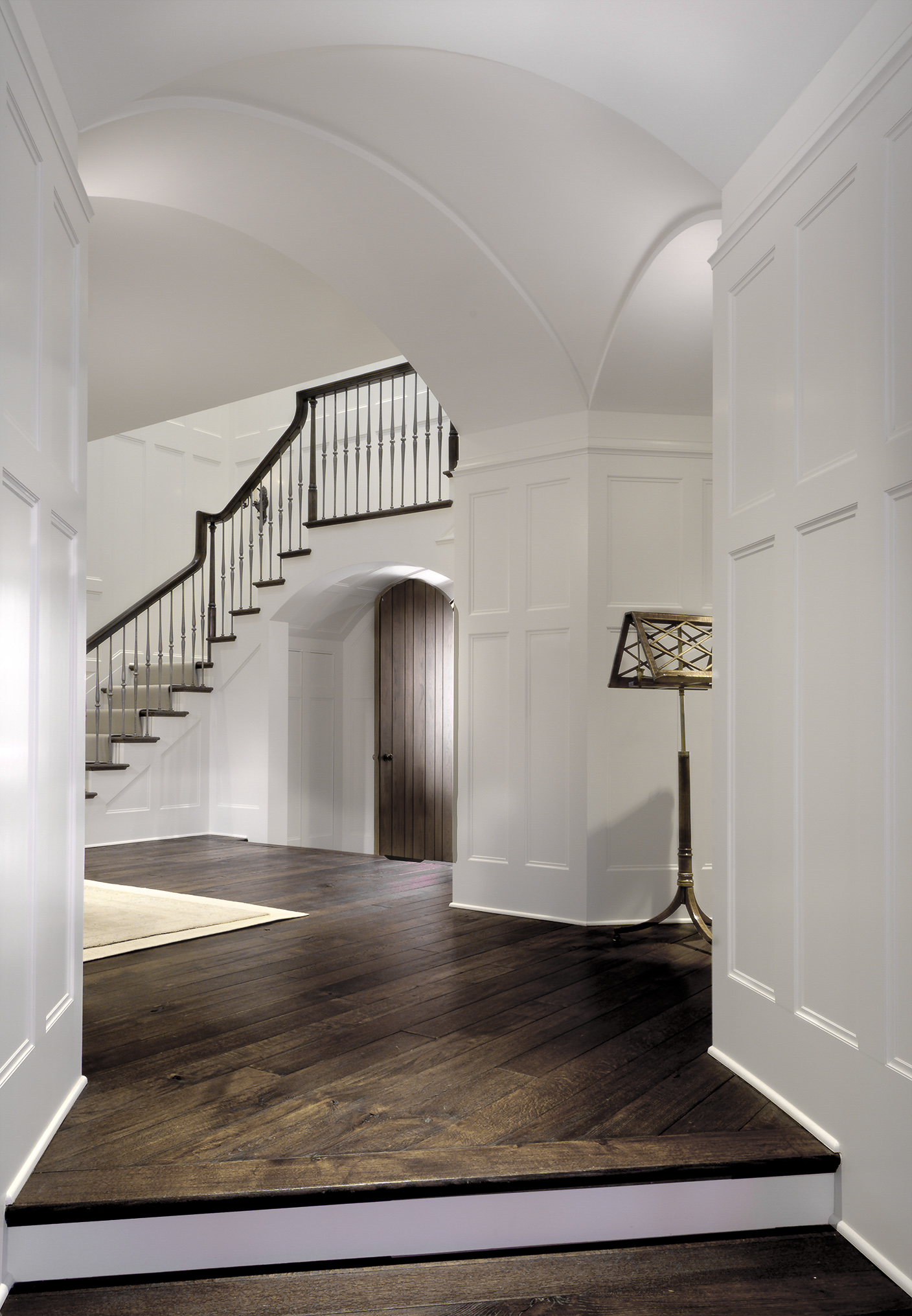 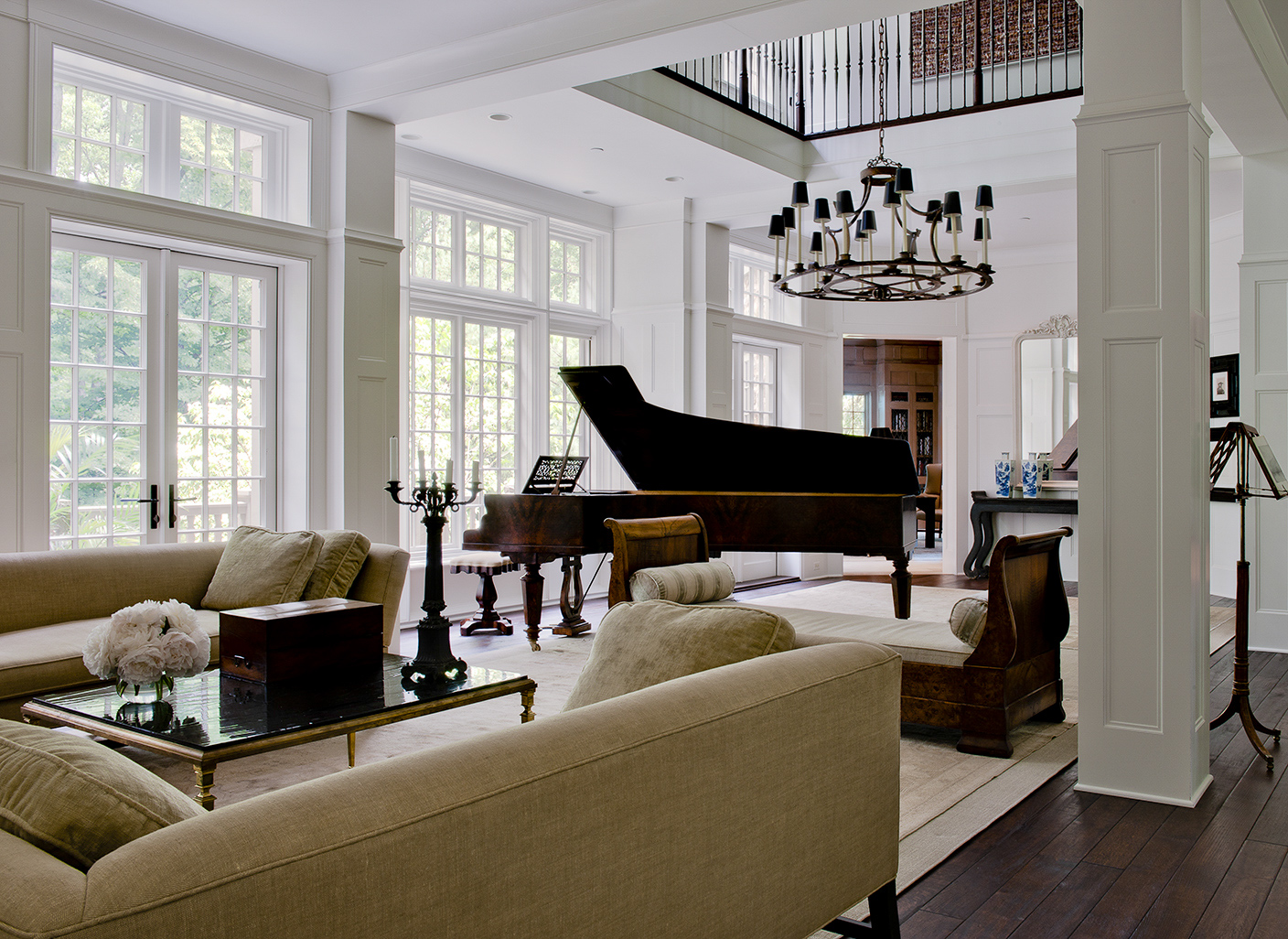 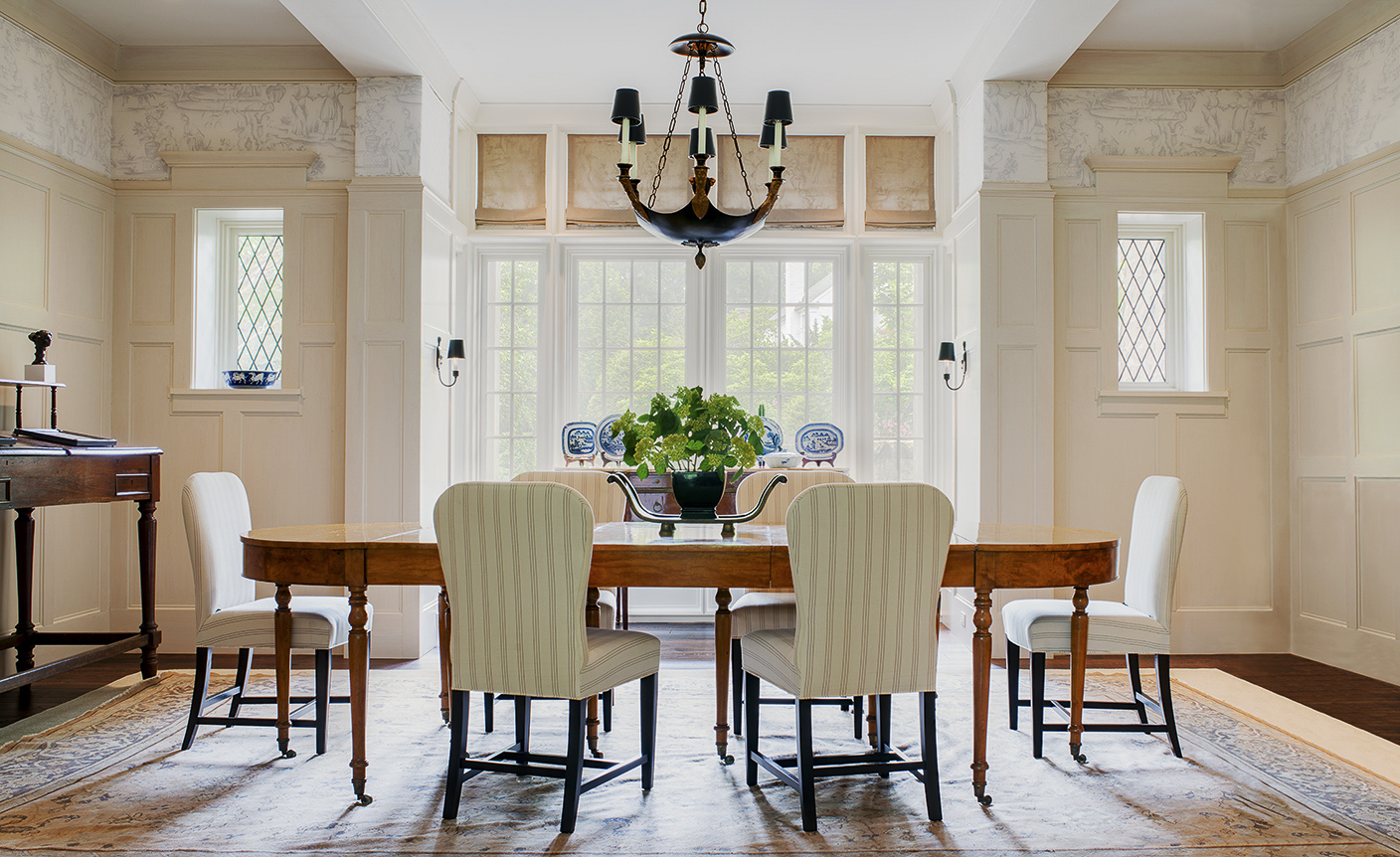 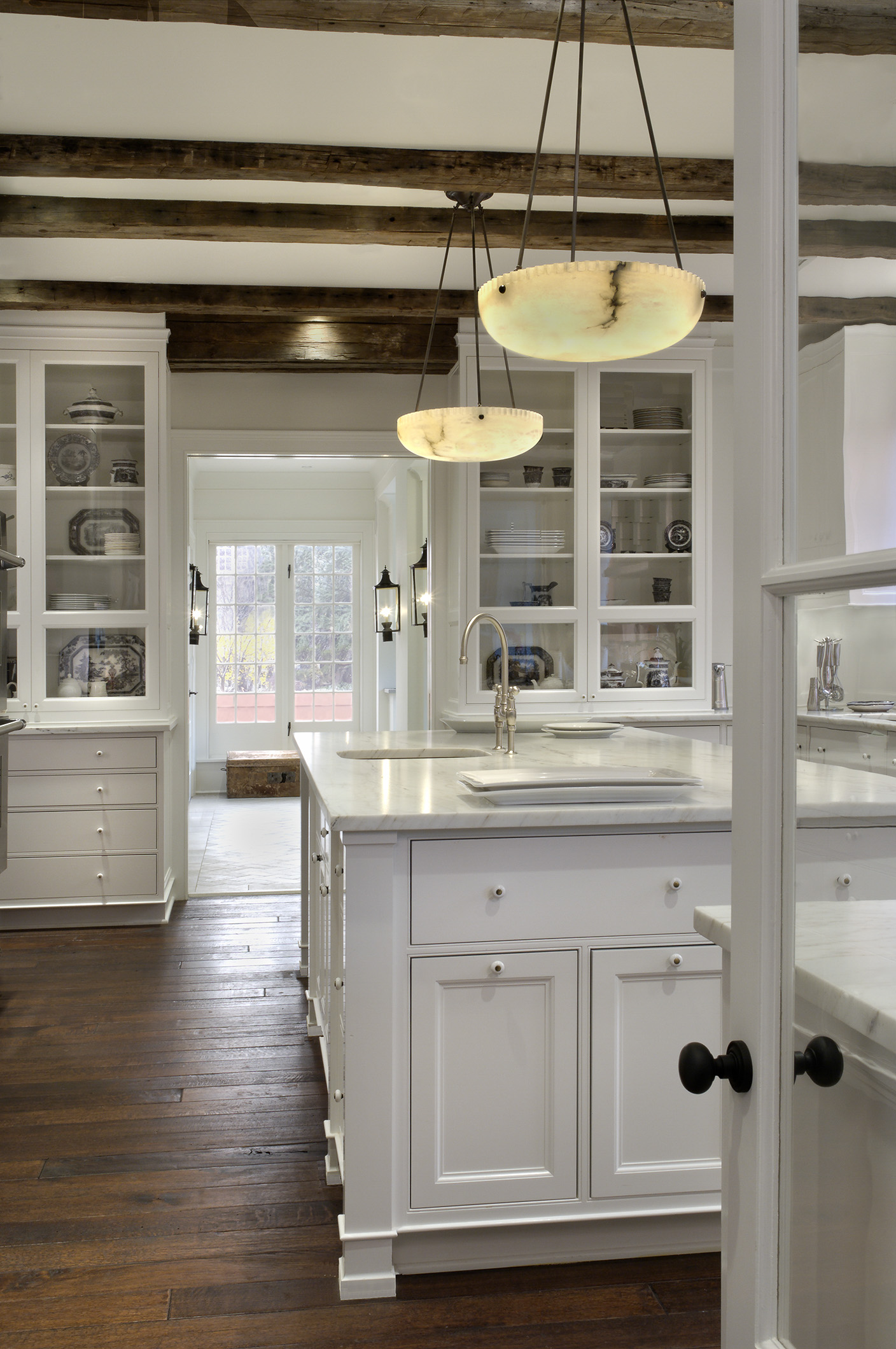 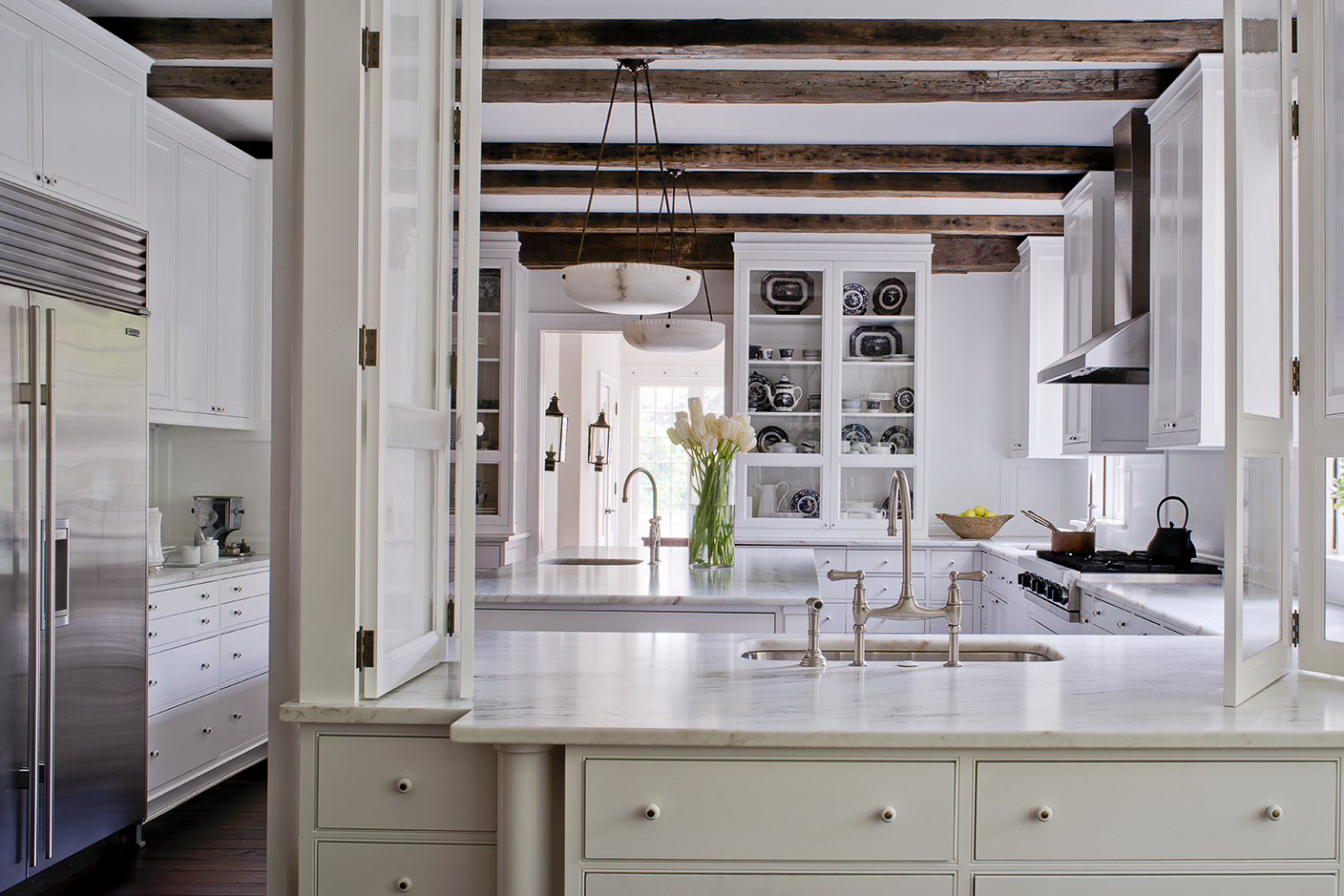 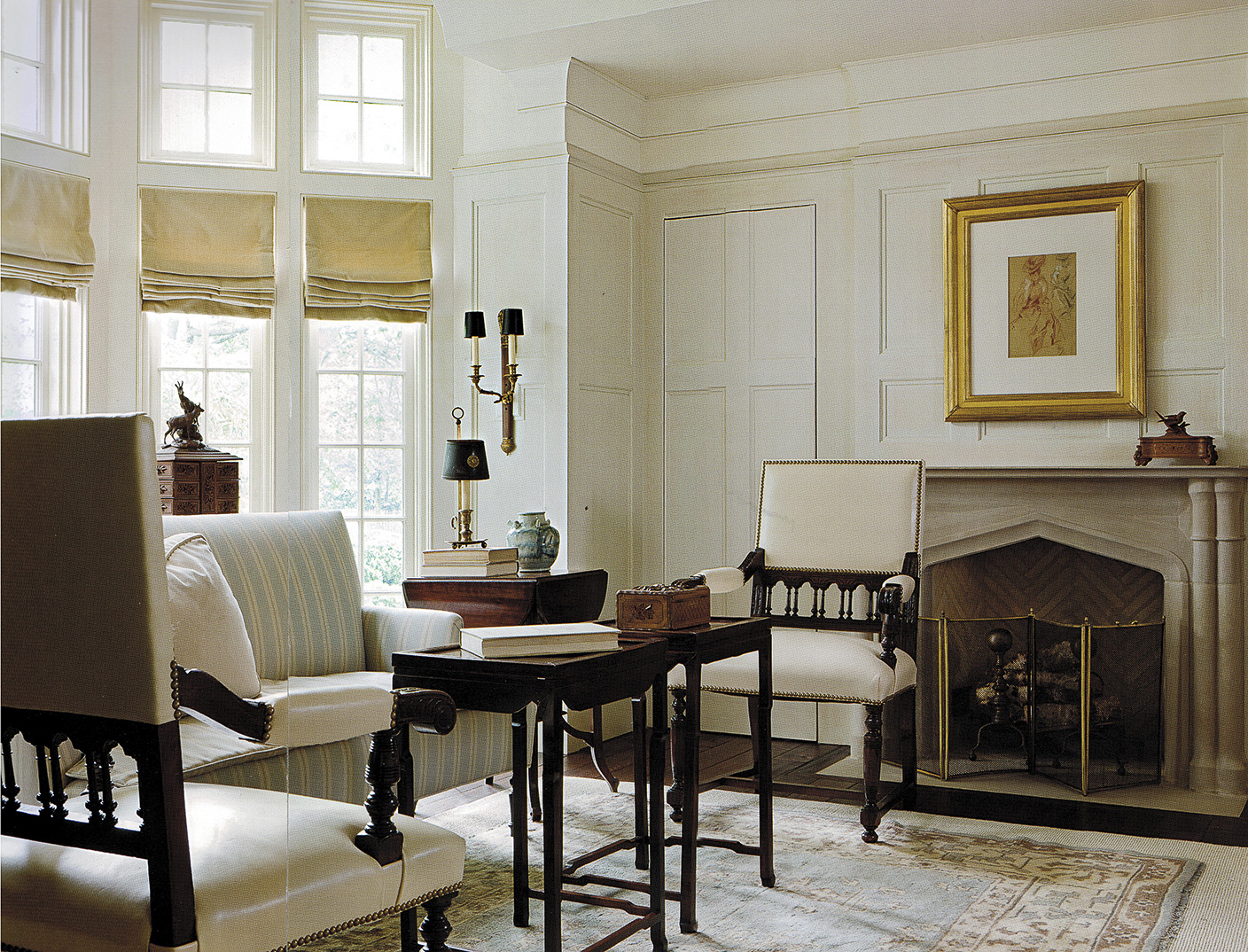 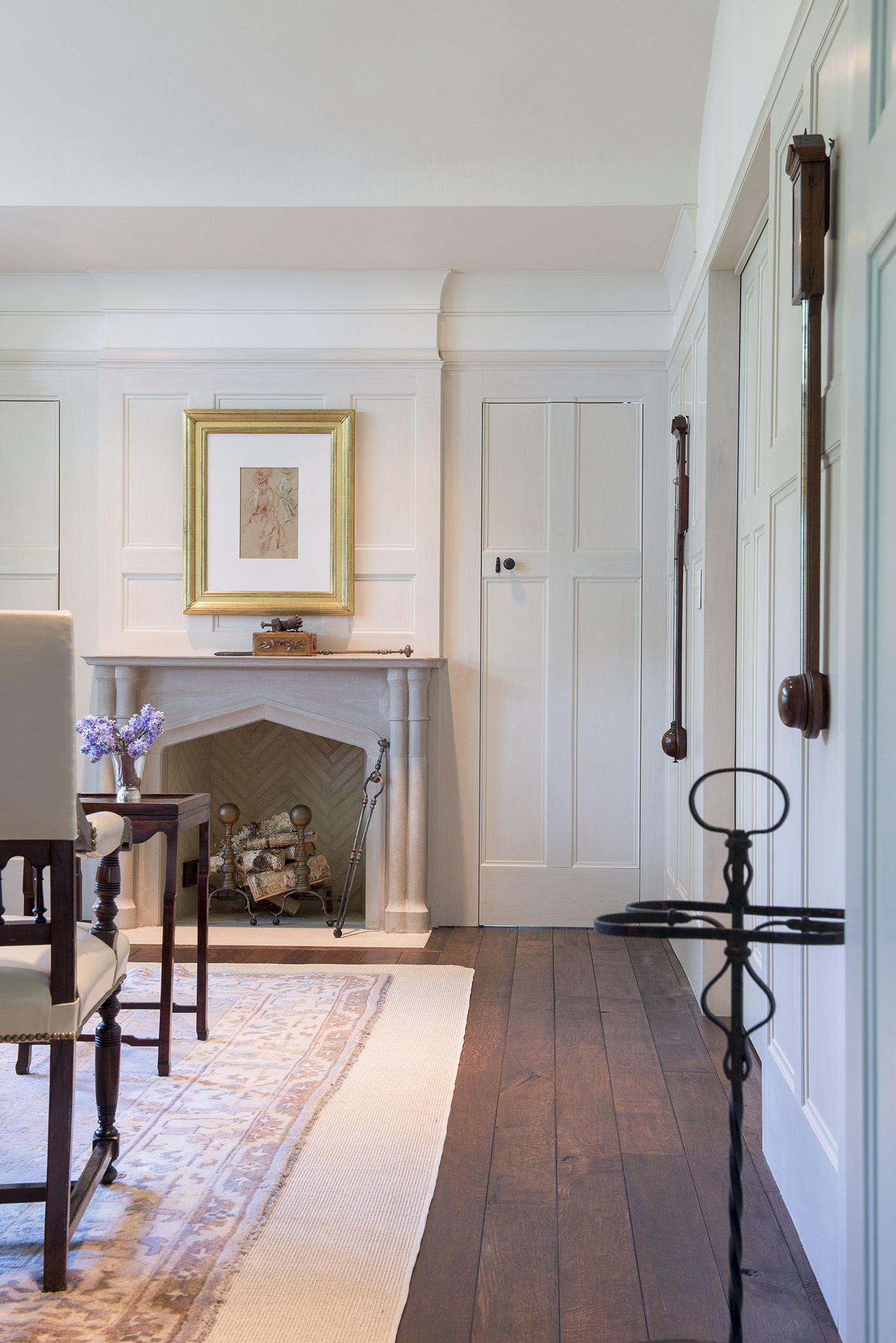 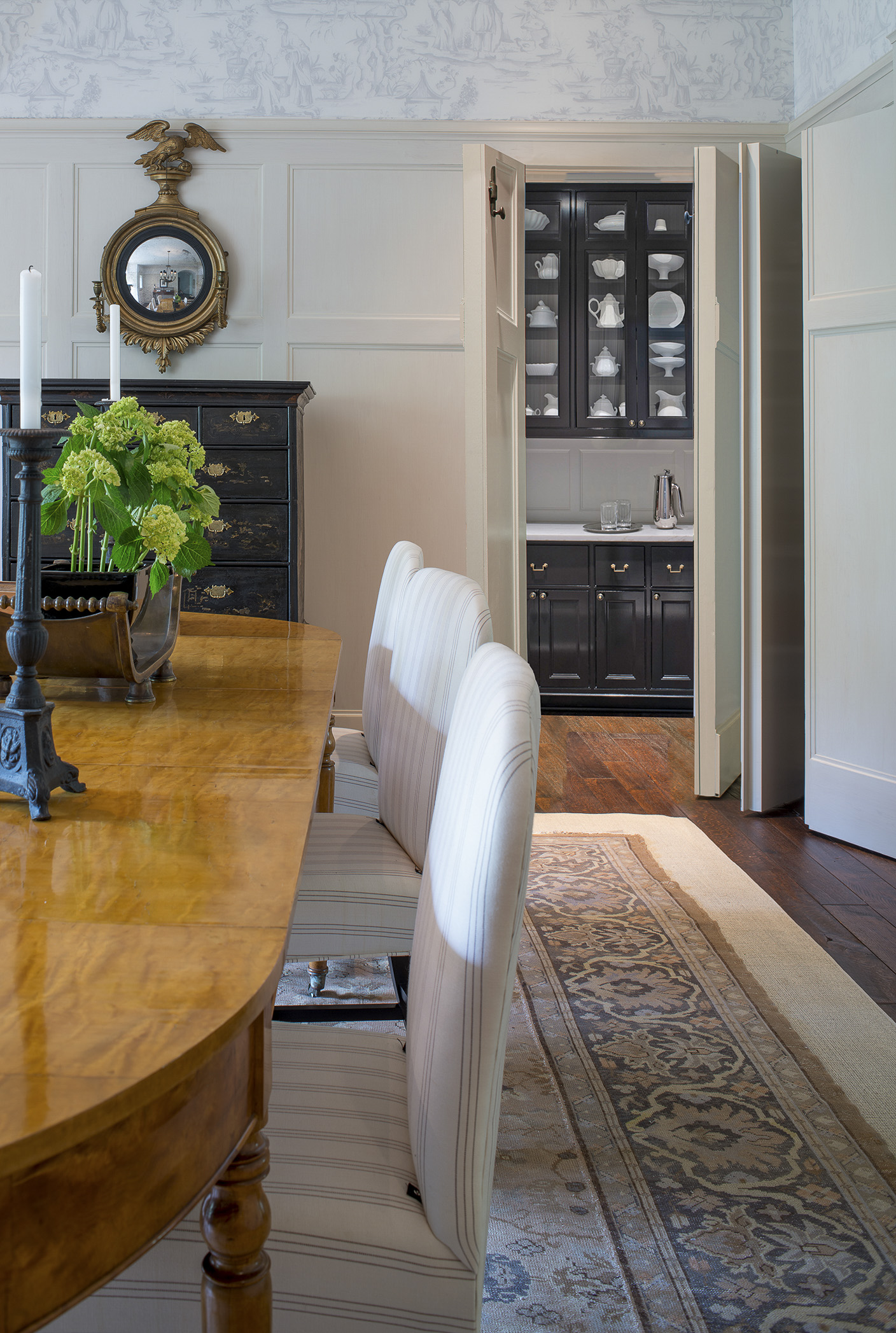 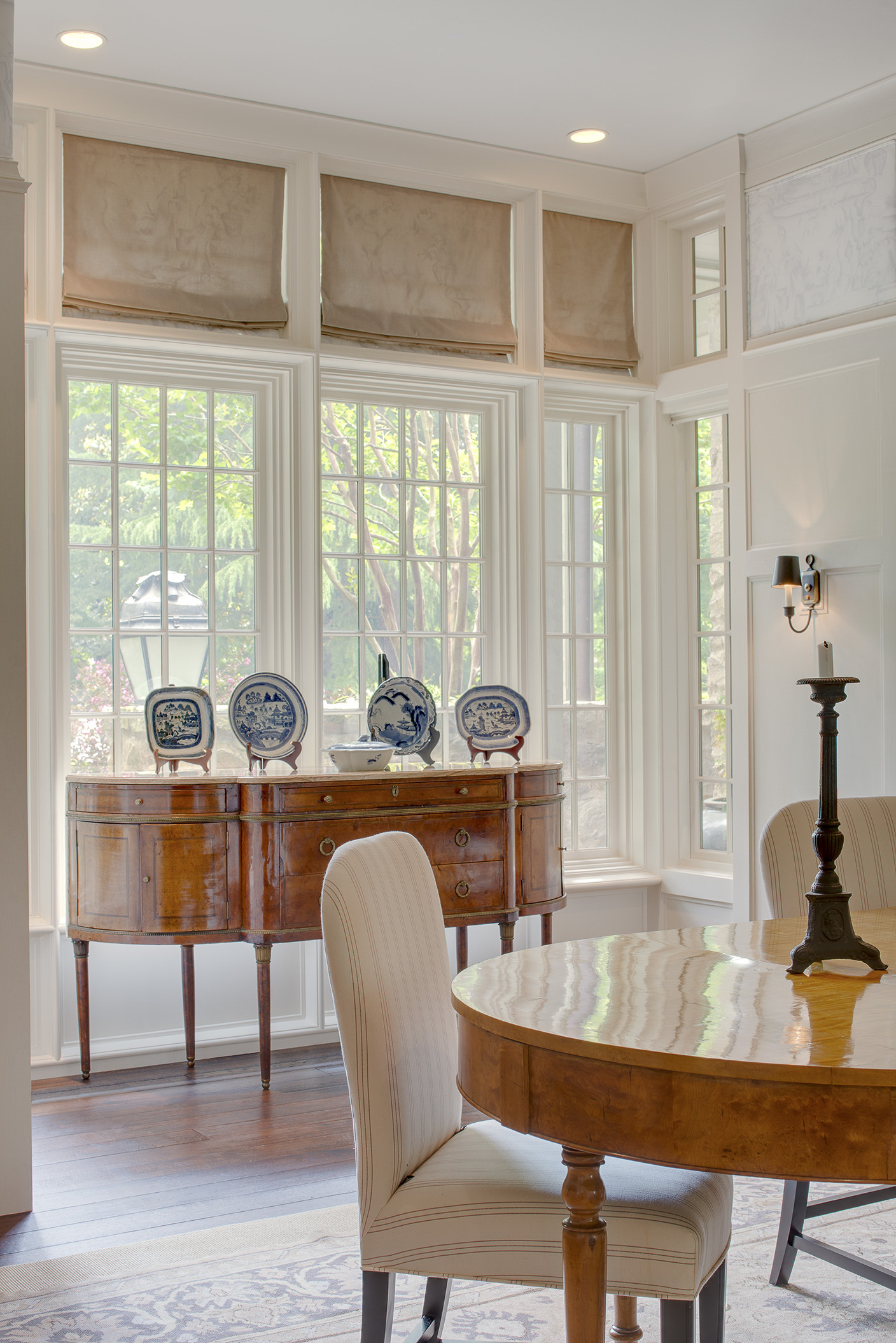 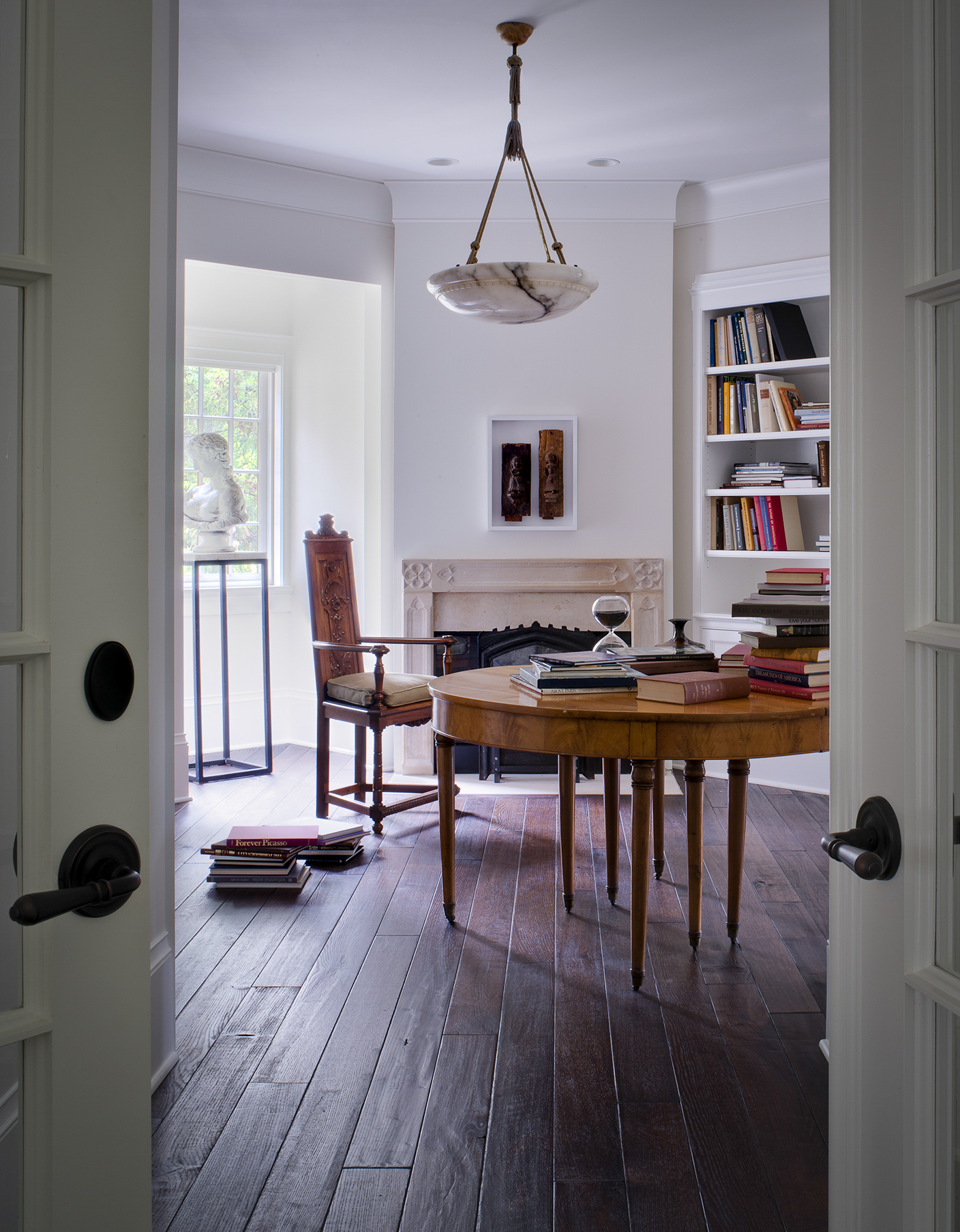 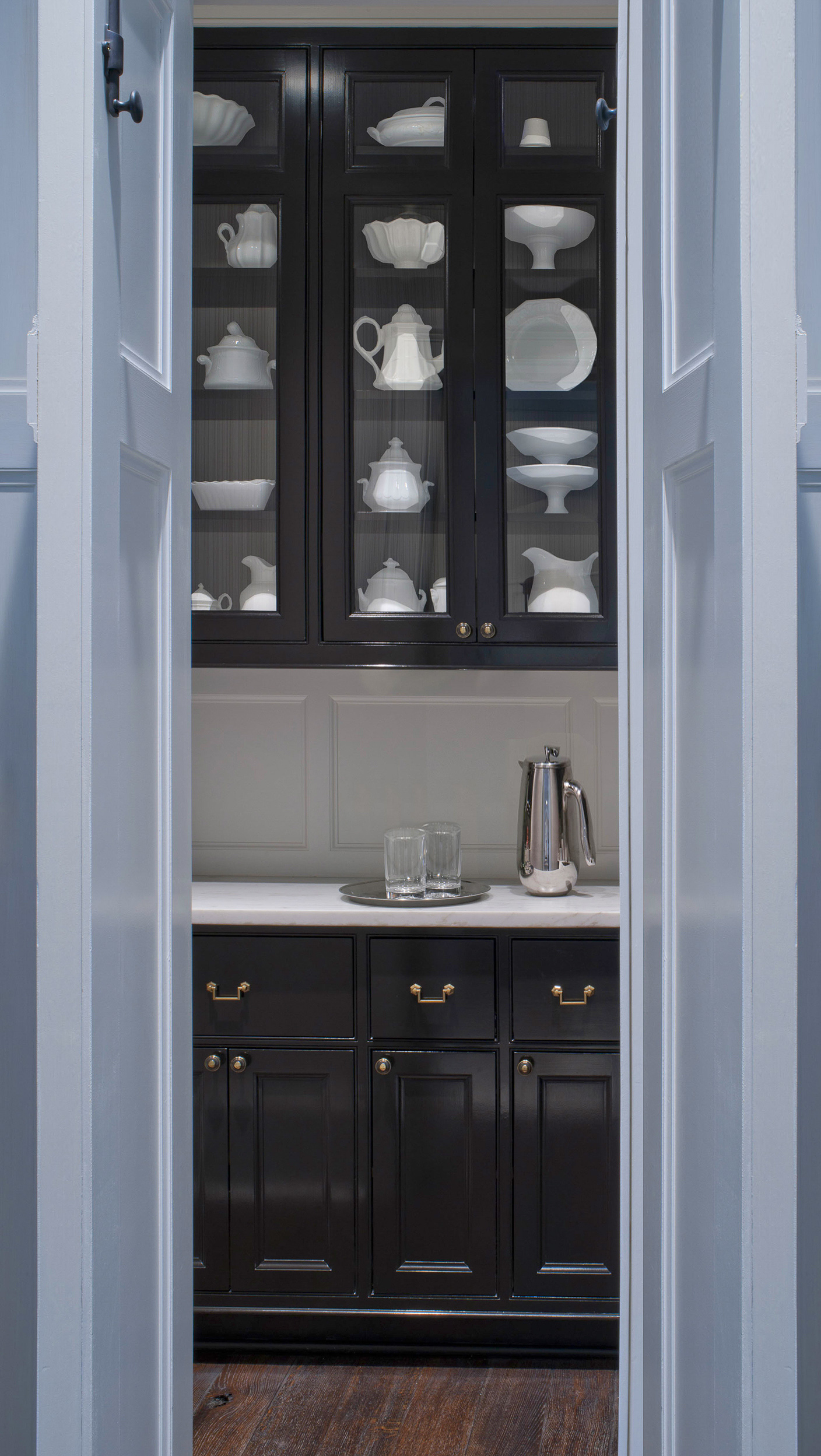 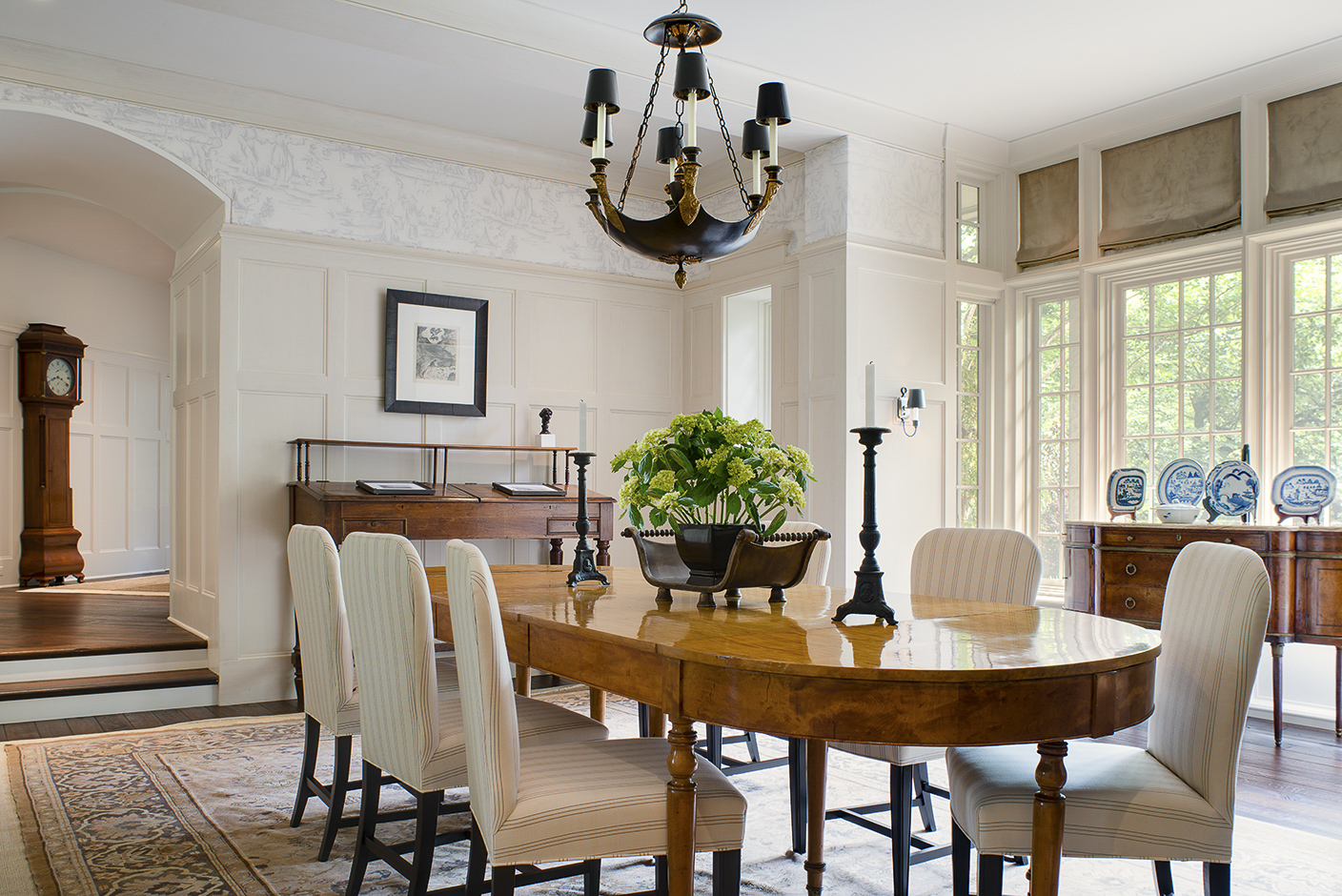 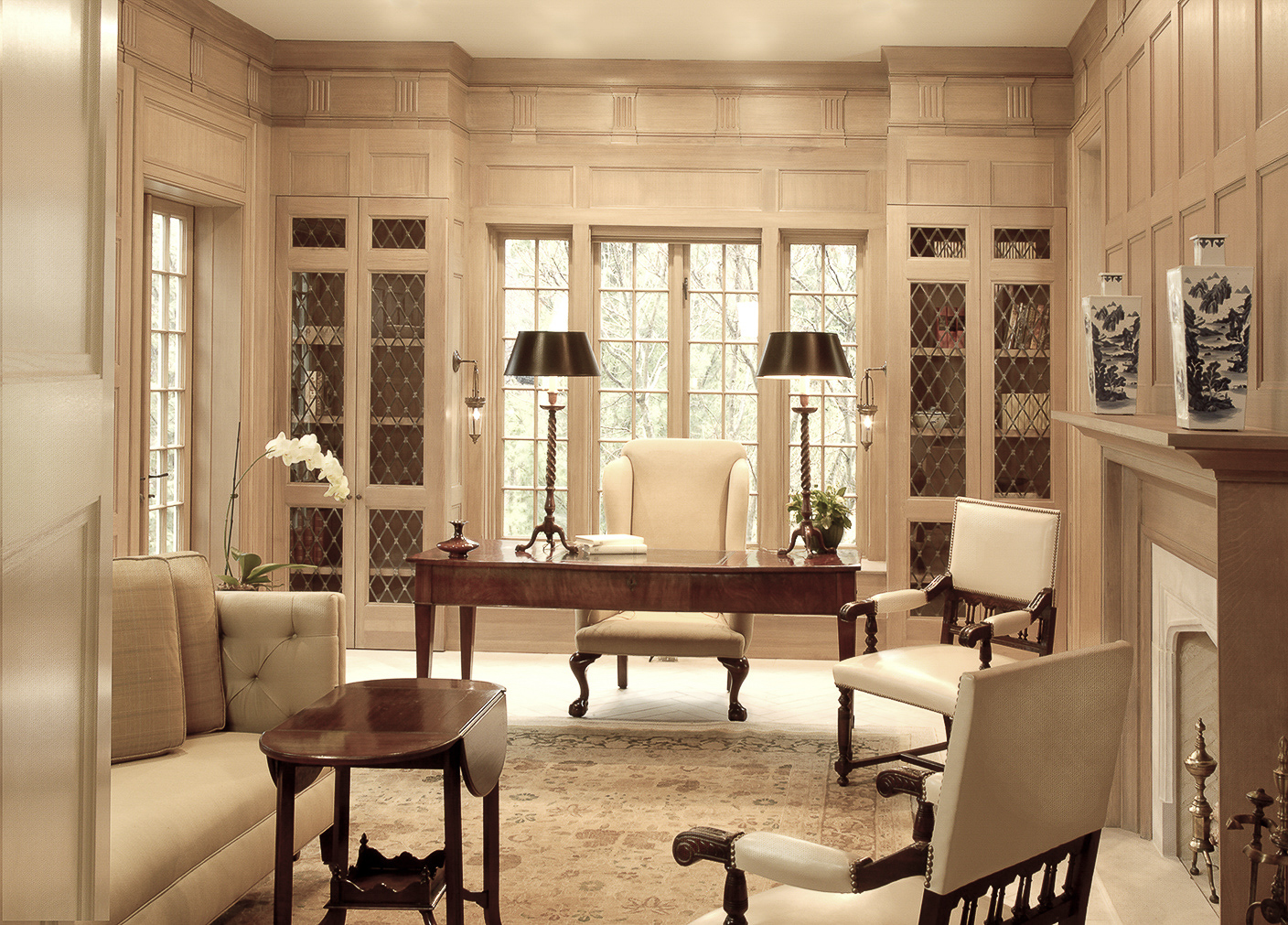 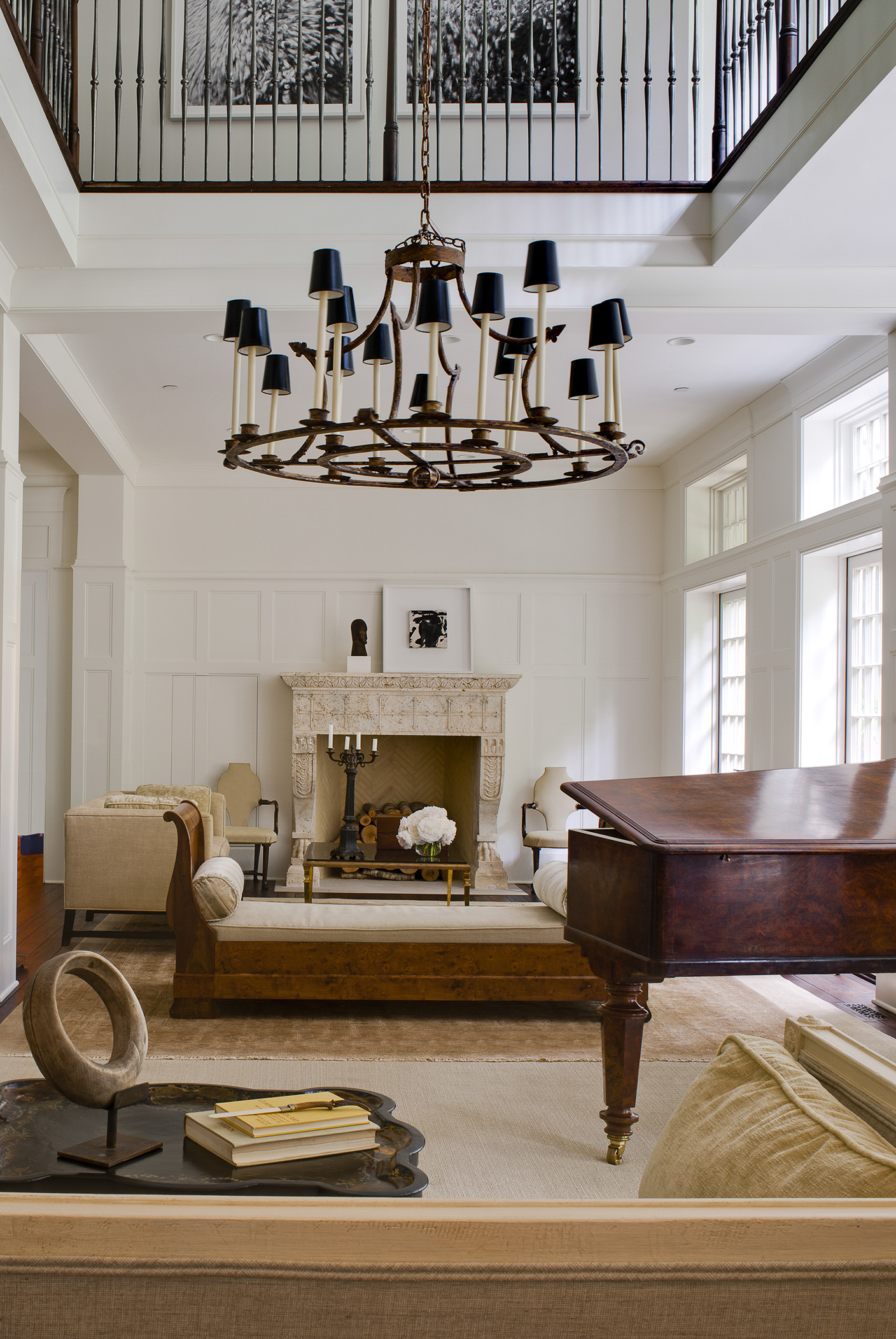 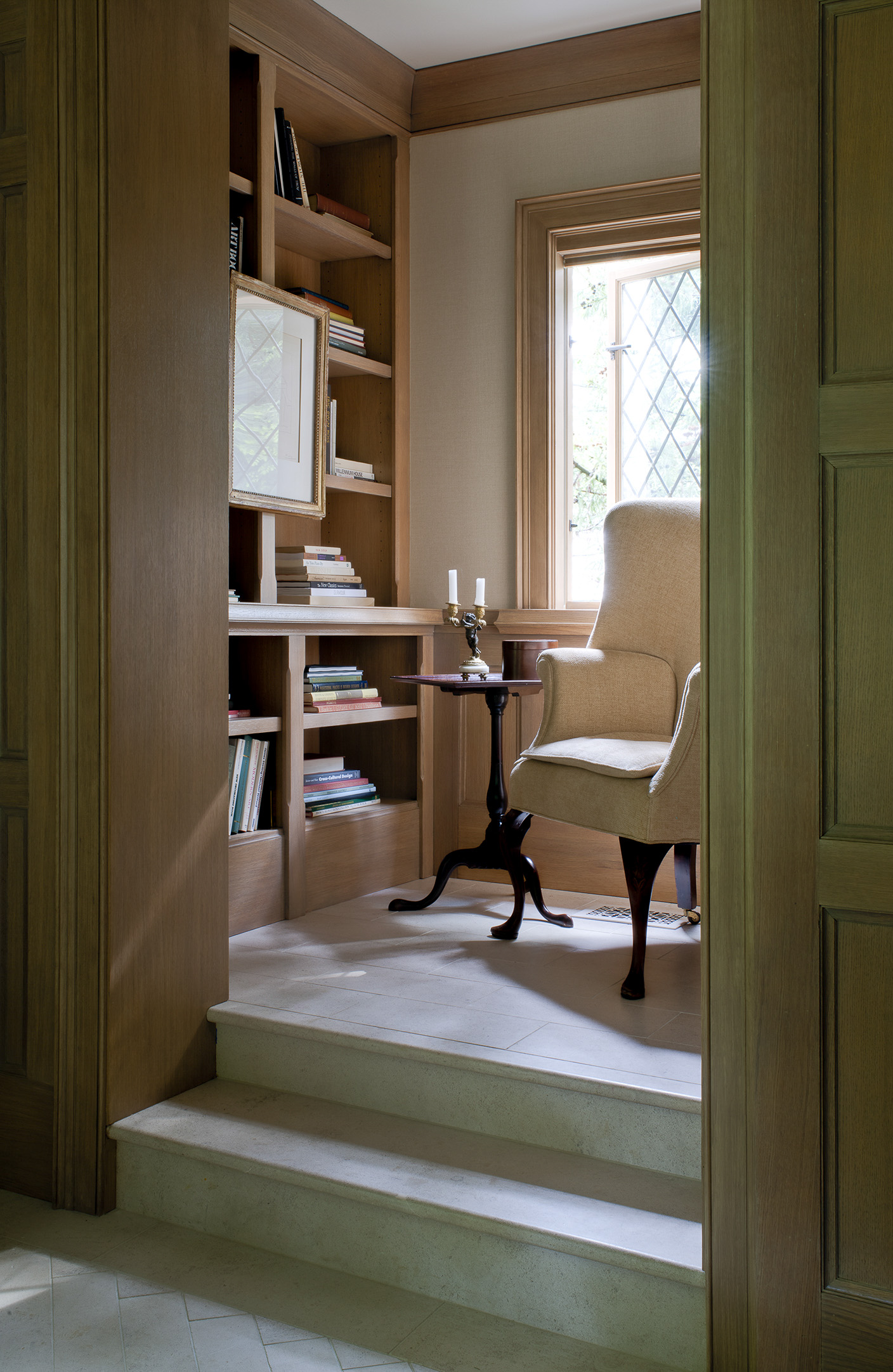 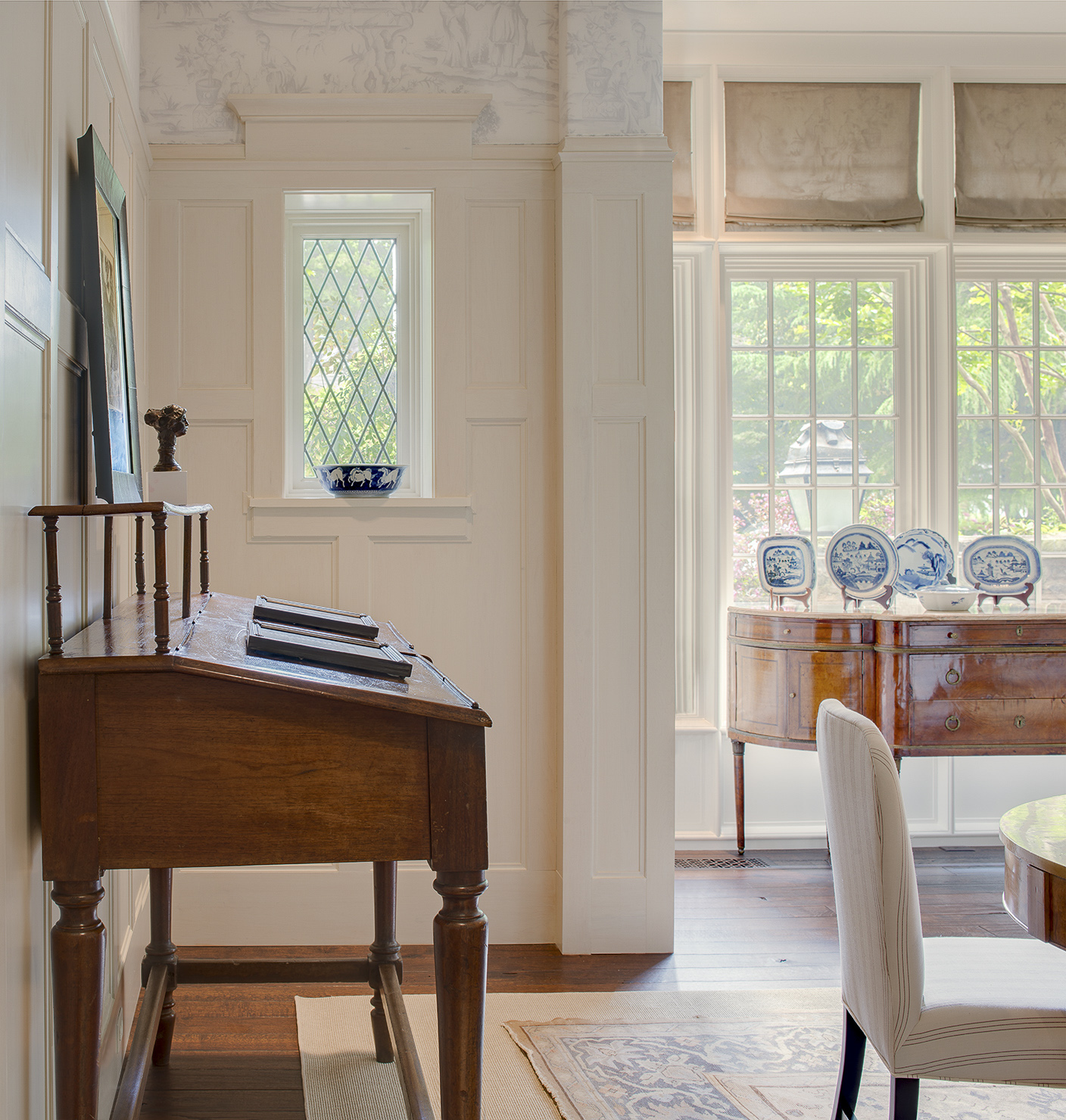