The site for a home just outside of Alexandria, Virginia was a small lot located in a neighborhood with varying architecture. The residence was swept from the street edge and nestled within the narrow, densely wooded space. The clients sought something simultaneously modern and traditional in their ideal carriage house: a new home design with a proper, classical feel while also at the same time being an edgy, contemporary modern custom home. Seemingly not a product of the two diametrically opposed visions between the couple, the entrance exhibits a definitely traditional carriage house design without any indication of the juxtaposition that awaits.

Natural stone rising from the ground with lighter wood paneling floating effortlessly above innocently greets an unsuspecting visitor. The welcome is complete with flanking gable roofs and dormer windows dotting the roofline between. Once inside, the heaviness begins to immediately dissipate as the stylistic continuum morphs into cleaner lines and broad, open spaces best evidenced by a flat panel kitchen featuring minimal tab pull hardware, vast expanses of natural light, and a distinctly crisp attention to horizontality. Natural modern house plans and features allow the interior to seamlessly and effortlessly drift into a modern custom home design. The intrinsic plurality of the home is reflected programmatically as public and private spaces intuitively split between two wings that embrace the open-ended courtyard beyond.

The progression reaches the modern extreme in this perfectly proportioned courtyard which unabashedly seems to flout compromise as it is glassy and modern in its distinction. Modern forms and complementary materials were selected for the courtyard design in order to emphasize the stylistic dichotomy between the initial and final impressions of the final traditional and modern courtyard home. By combining refined traditional elements with new modern house plans, the home is a simultaneously classical and modern carriage house. 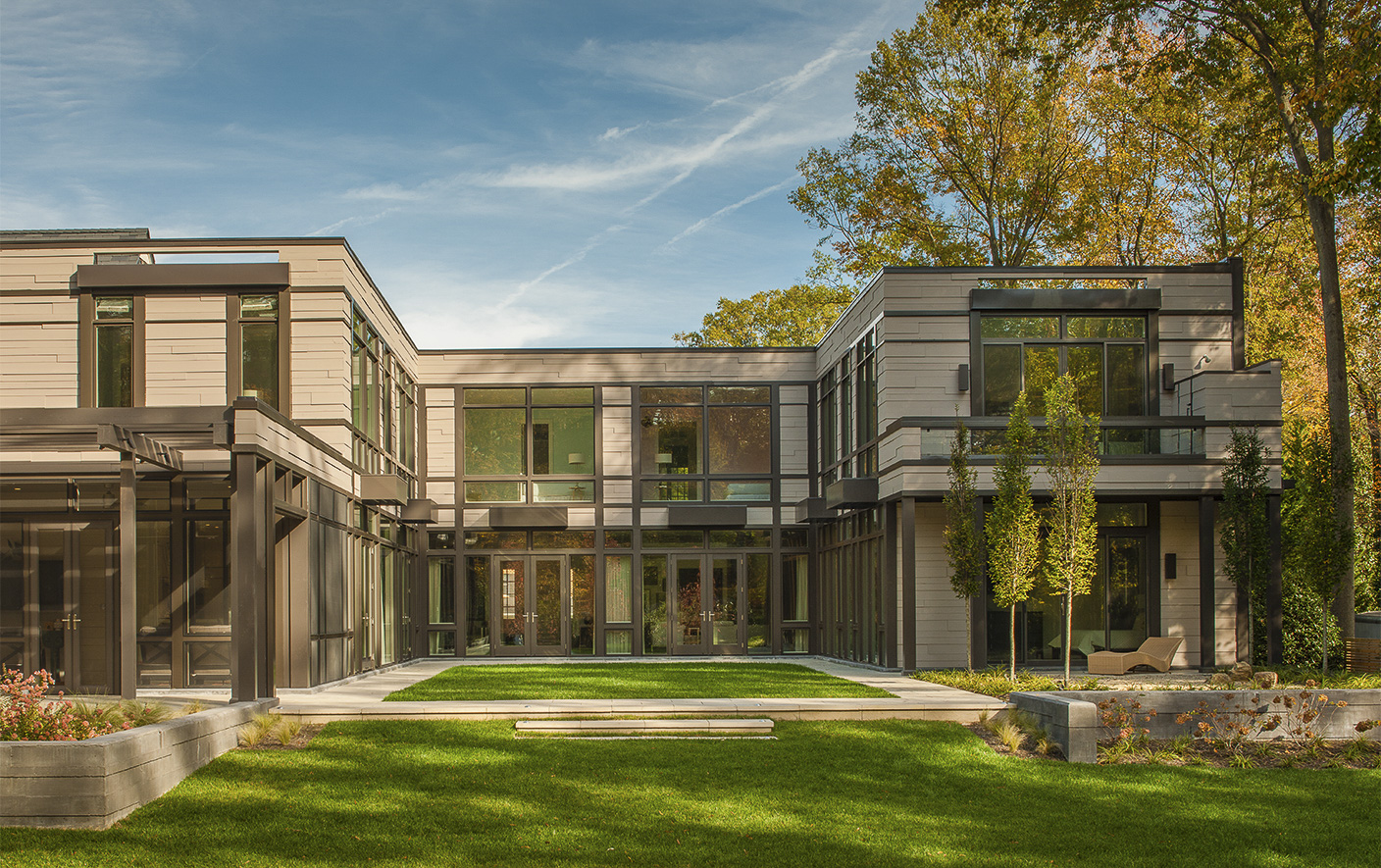 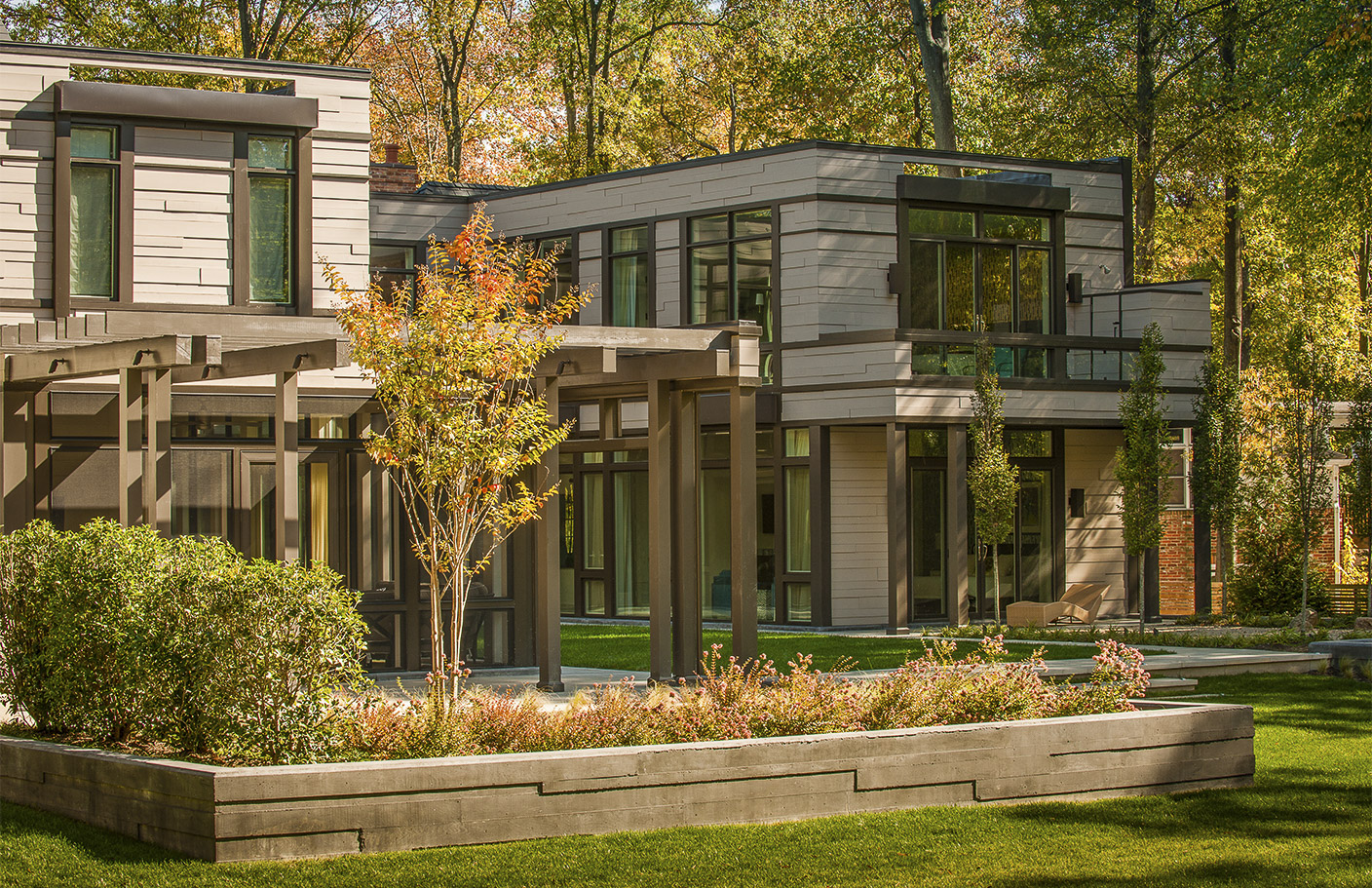 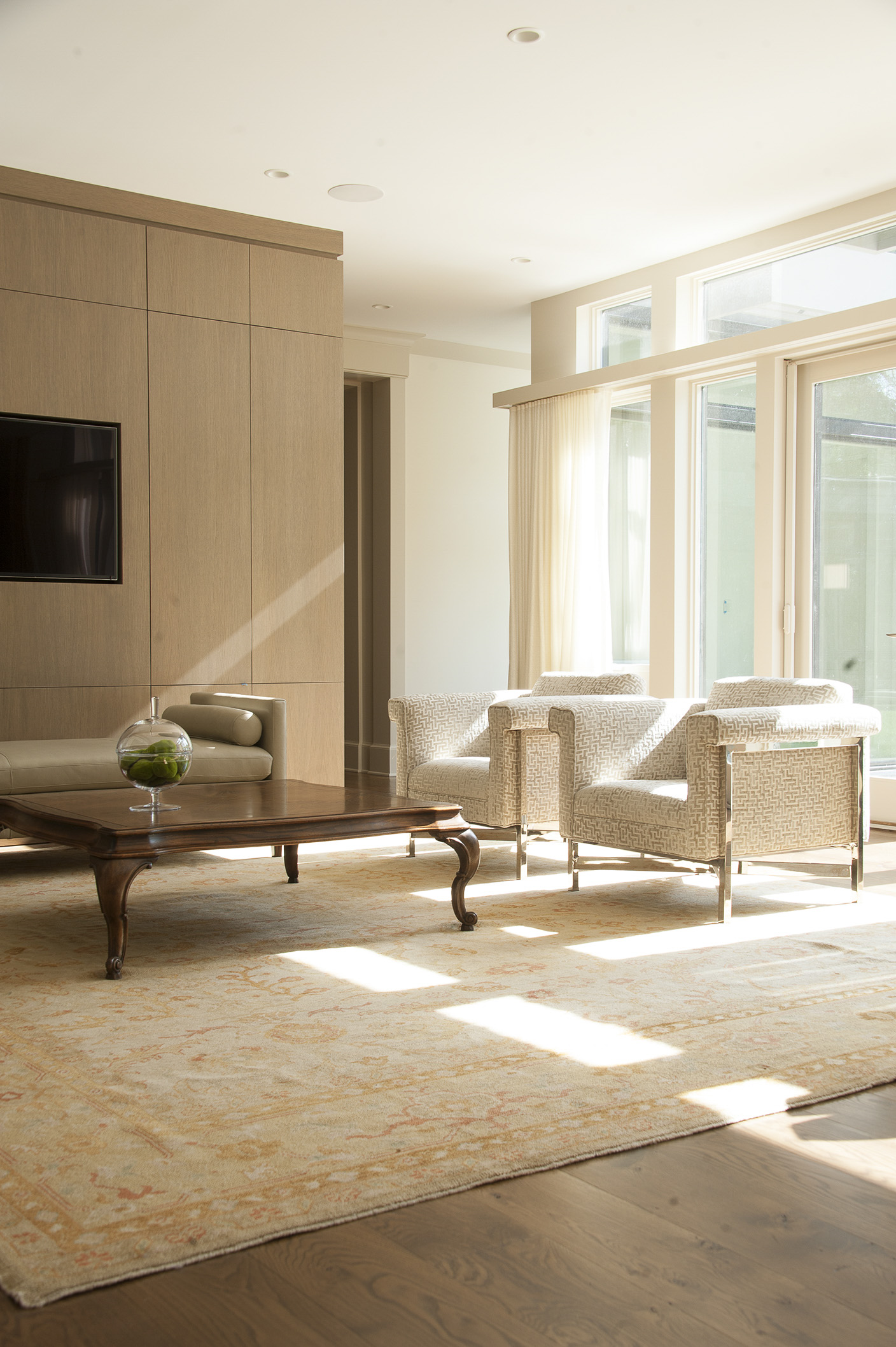 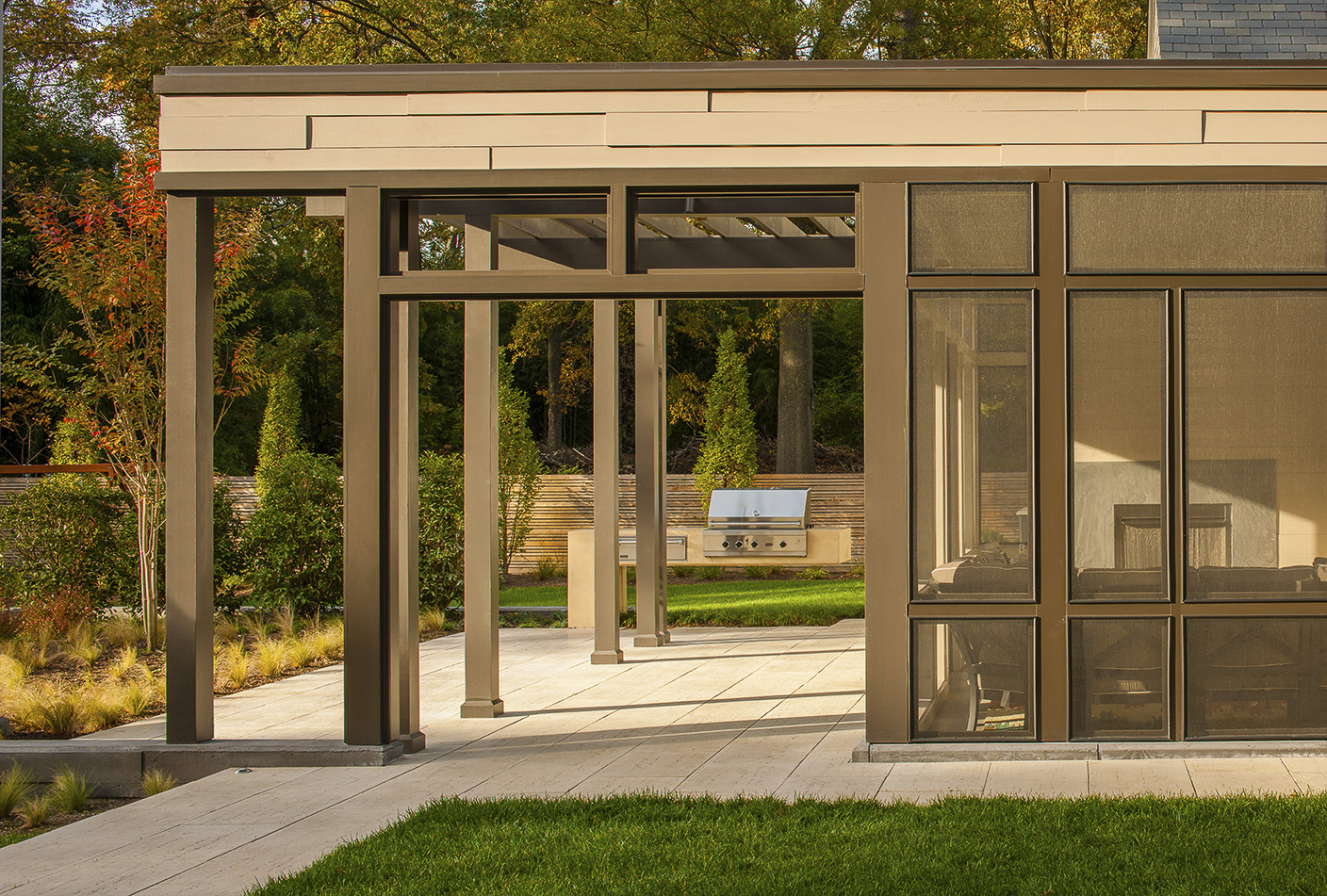 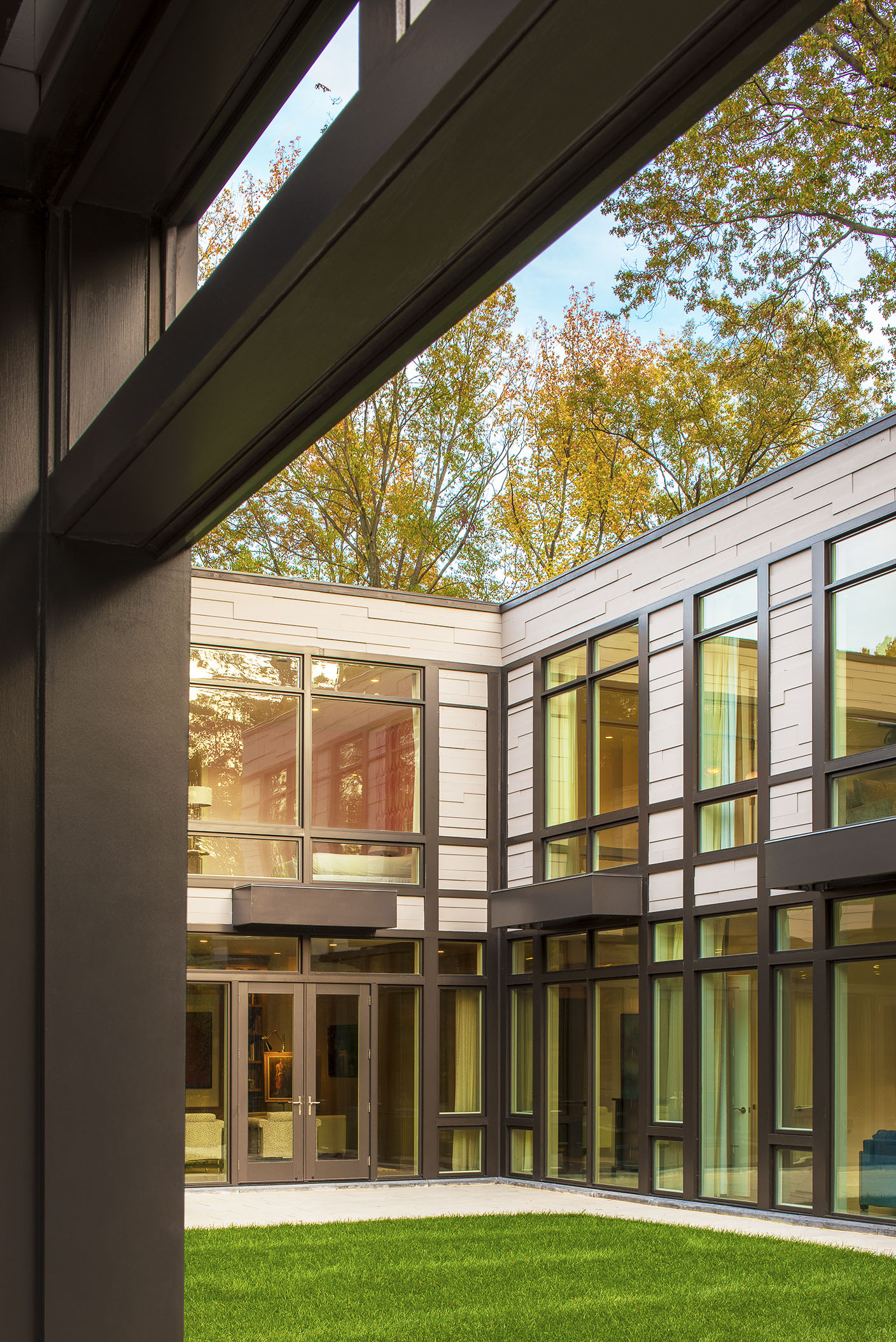 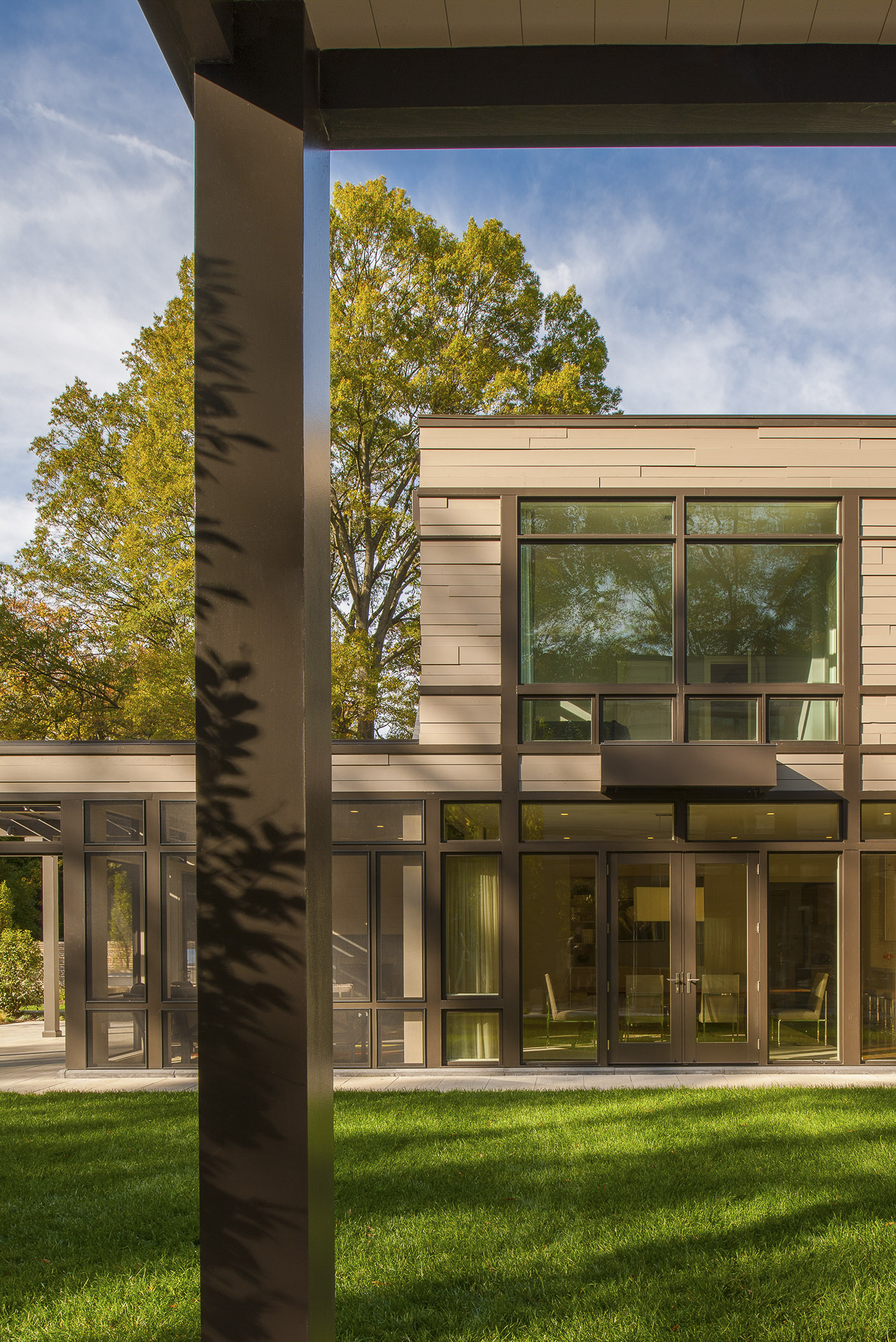 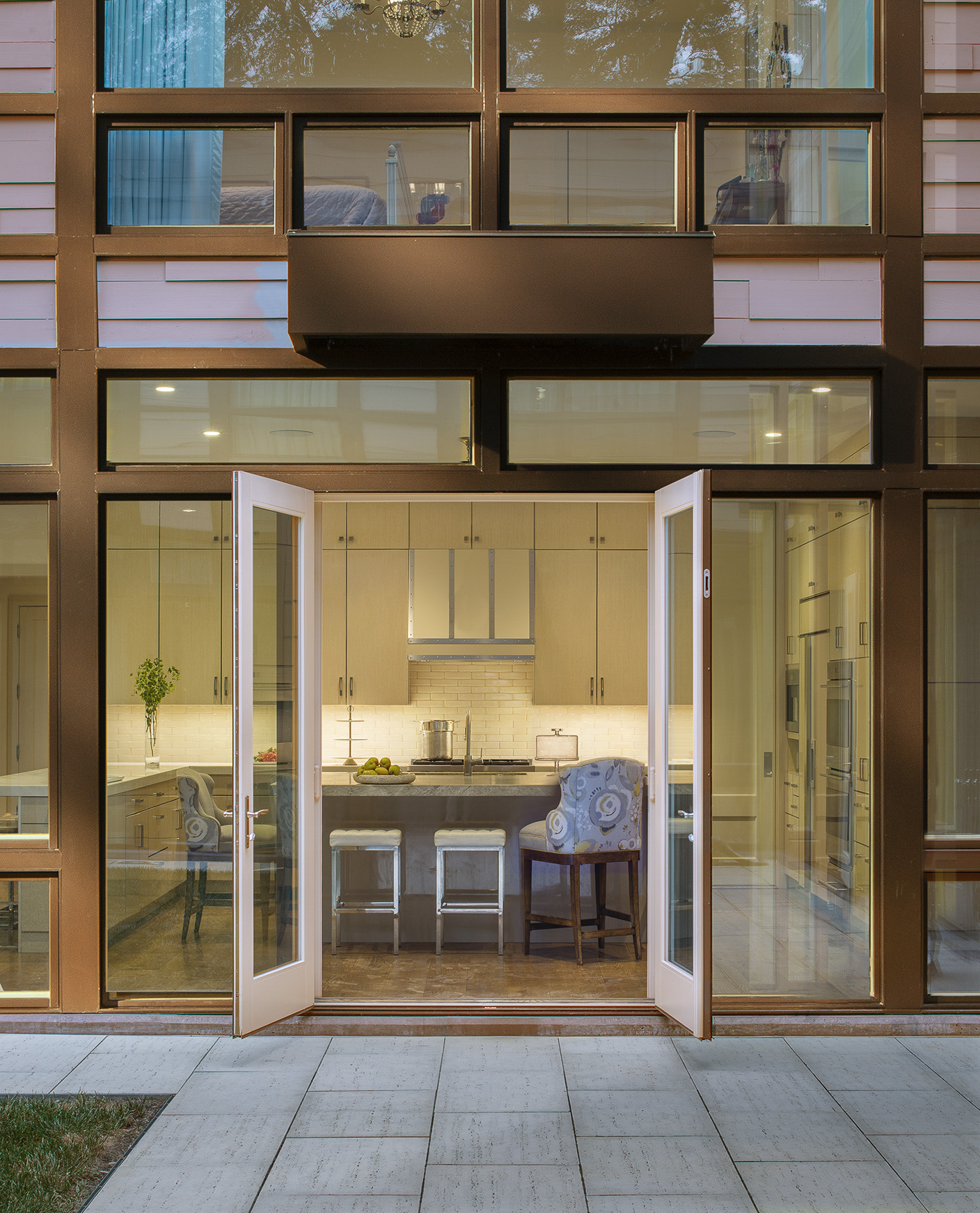 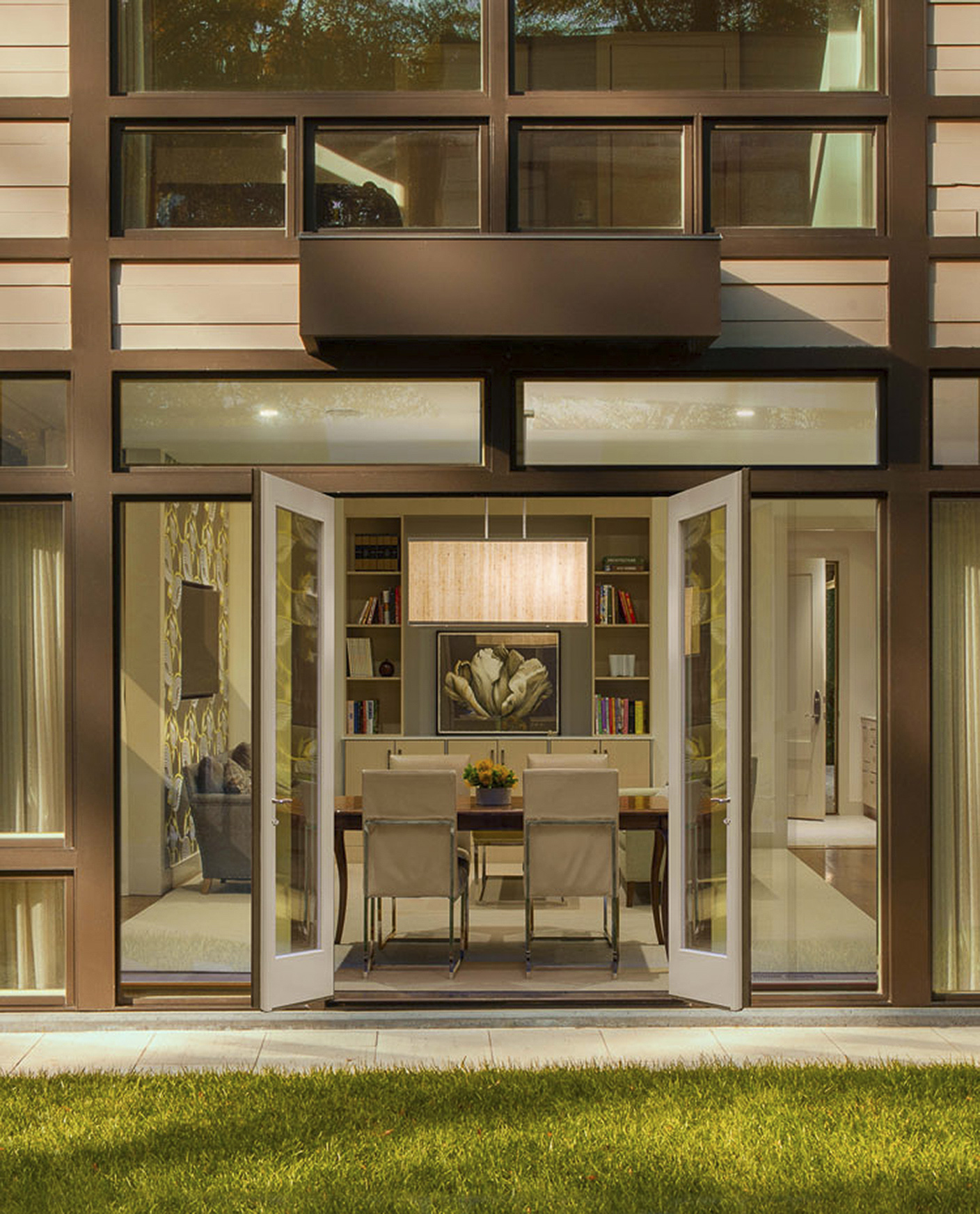 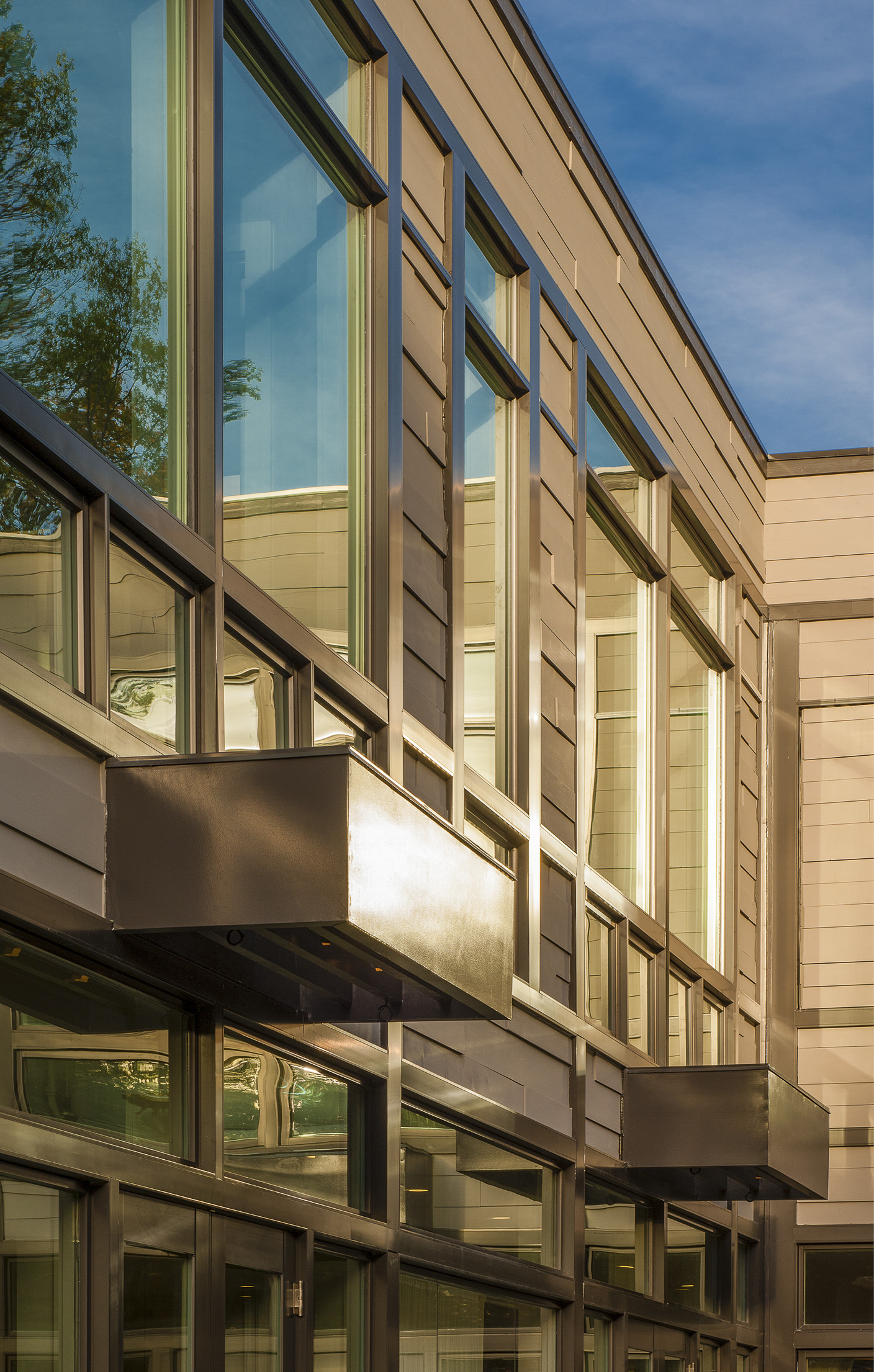 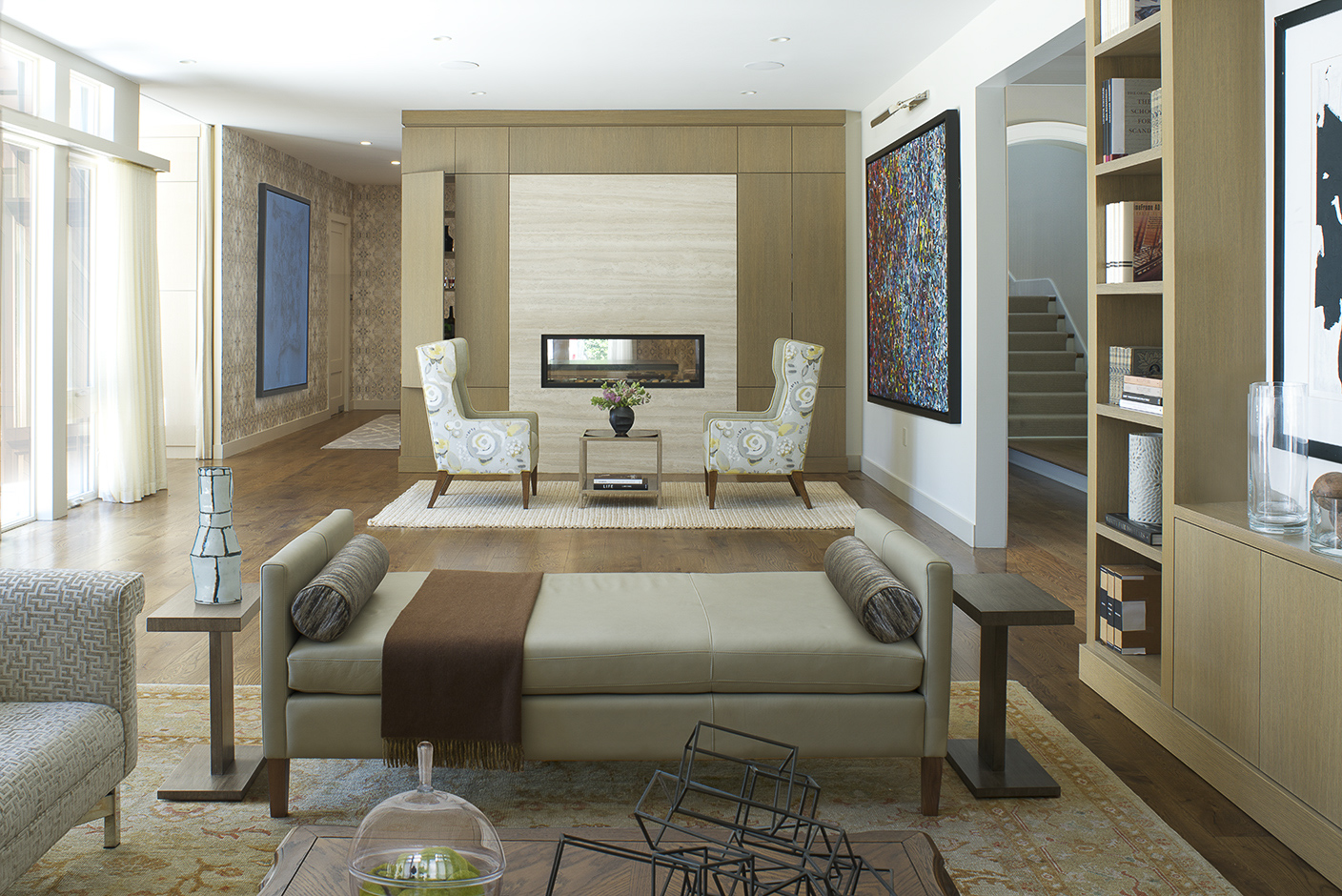 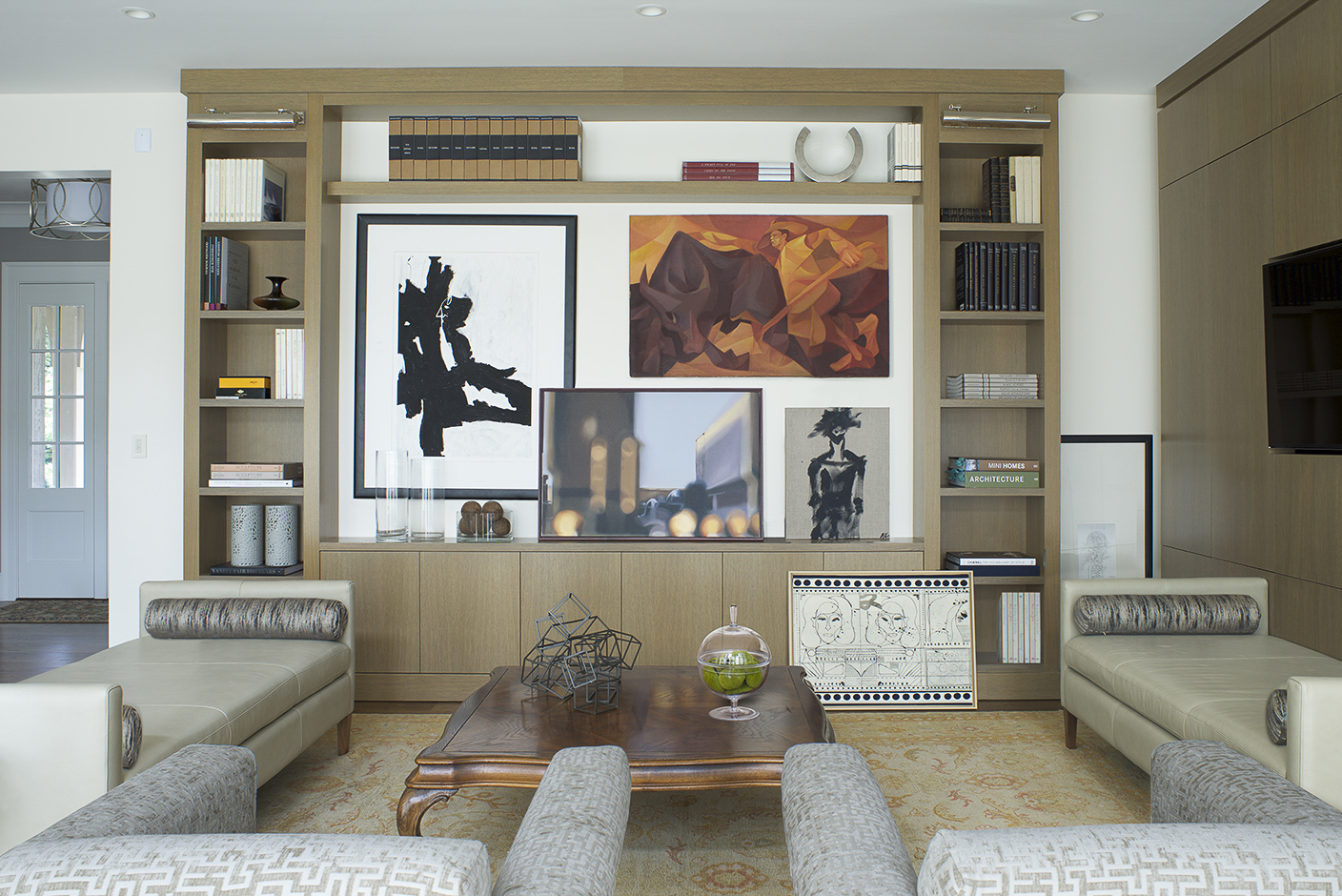 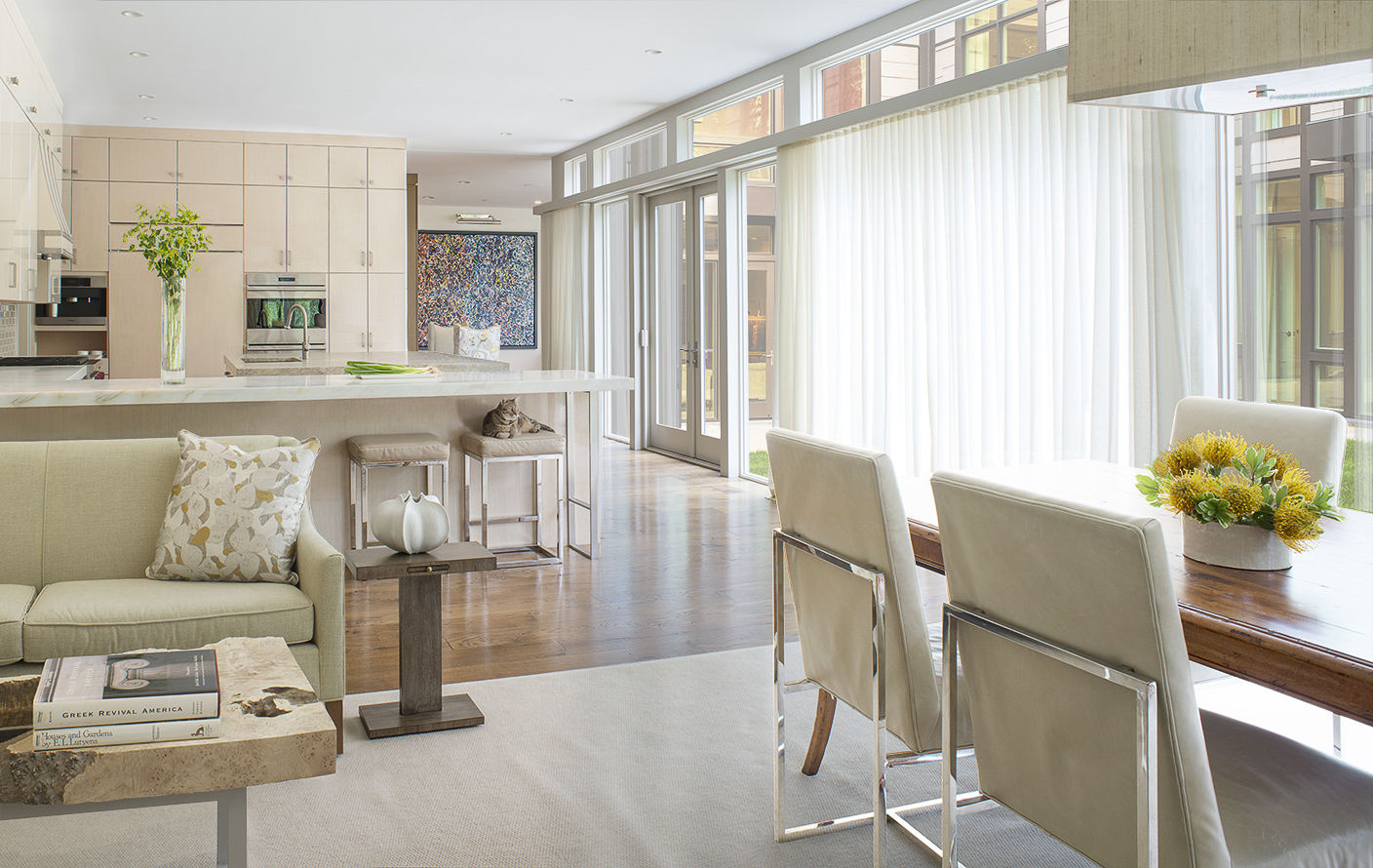 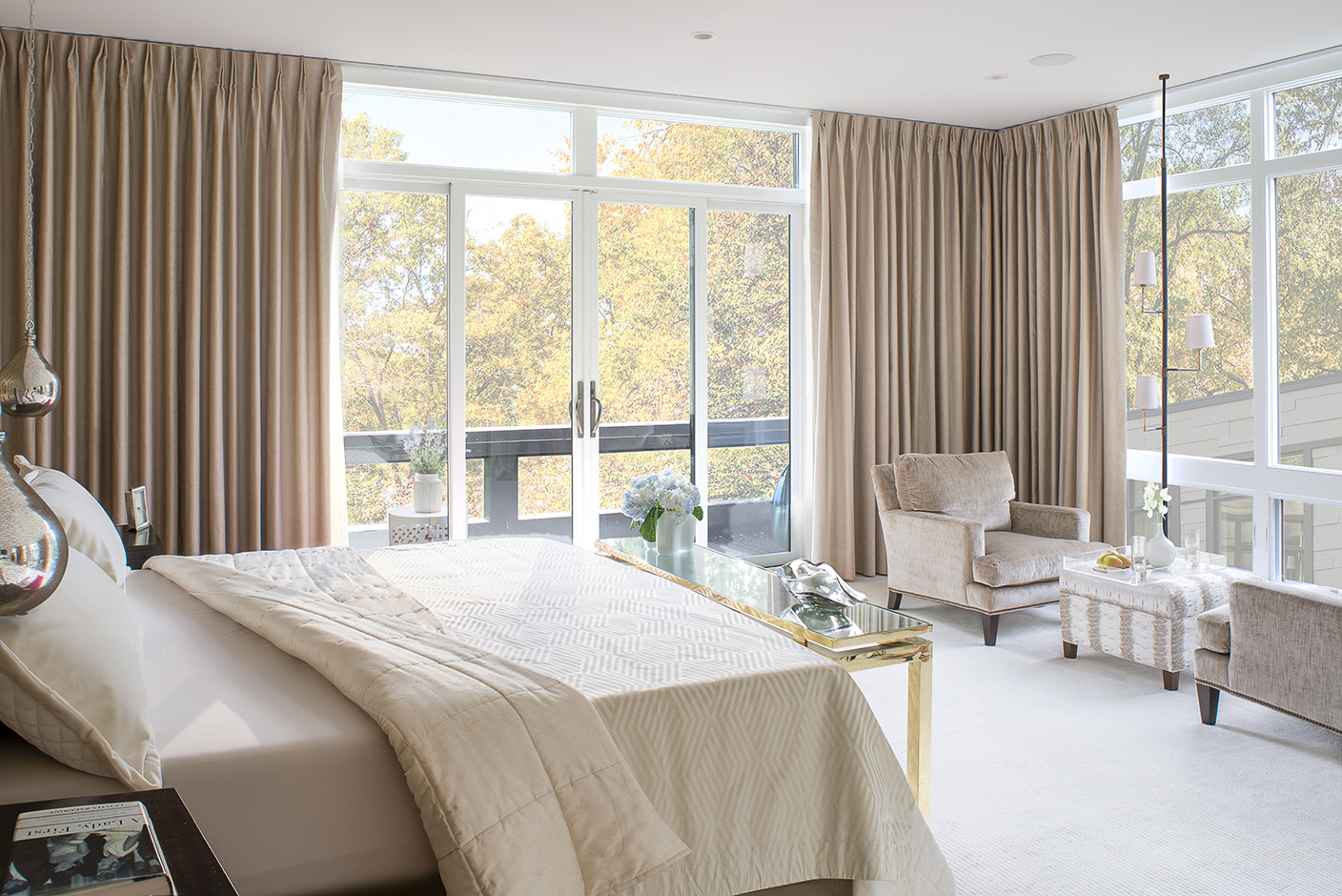 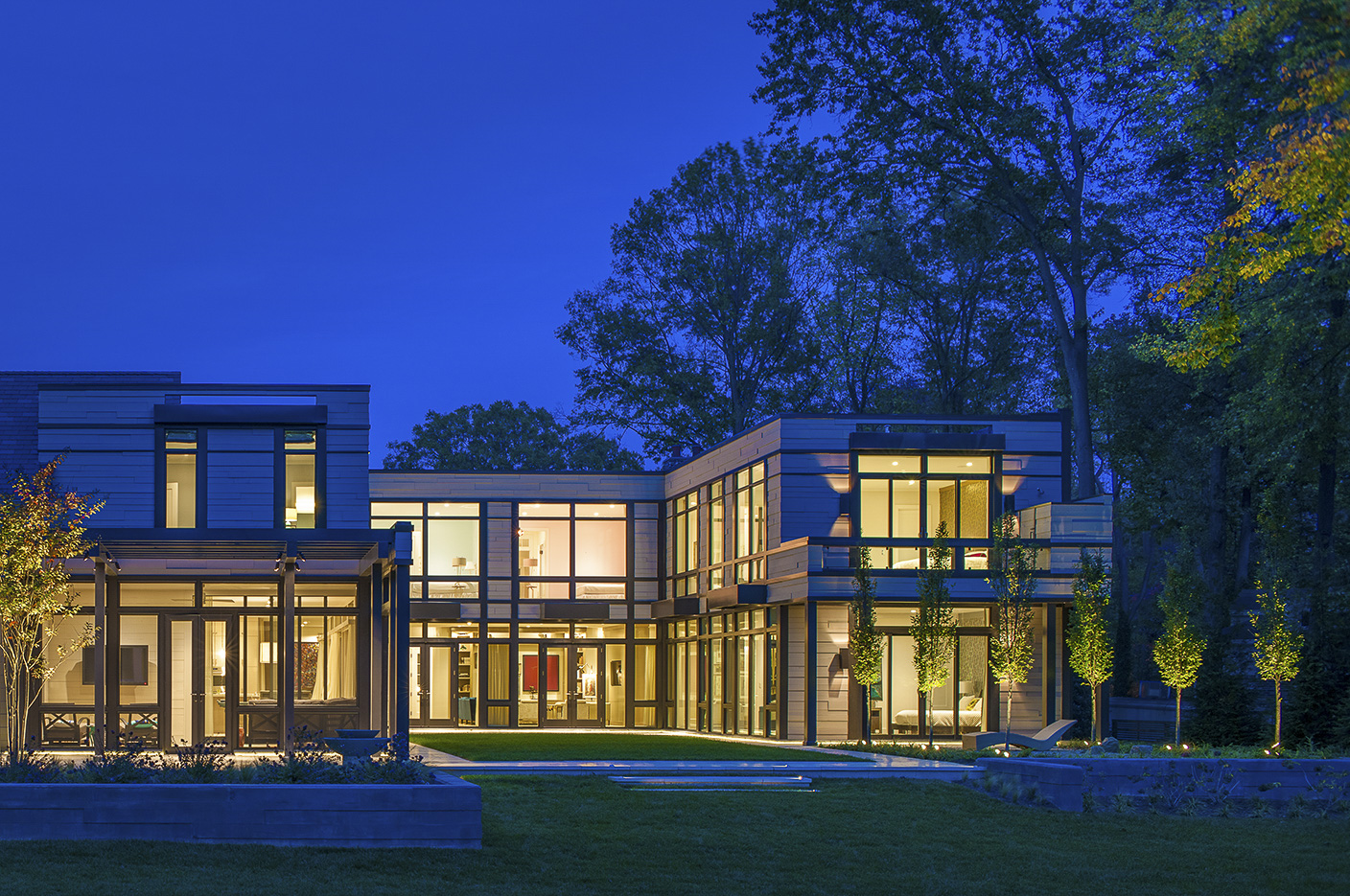 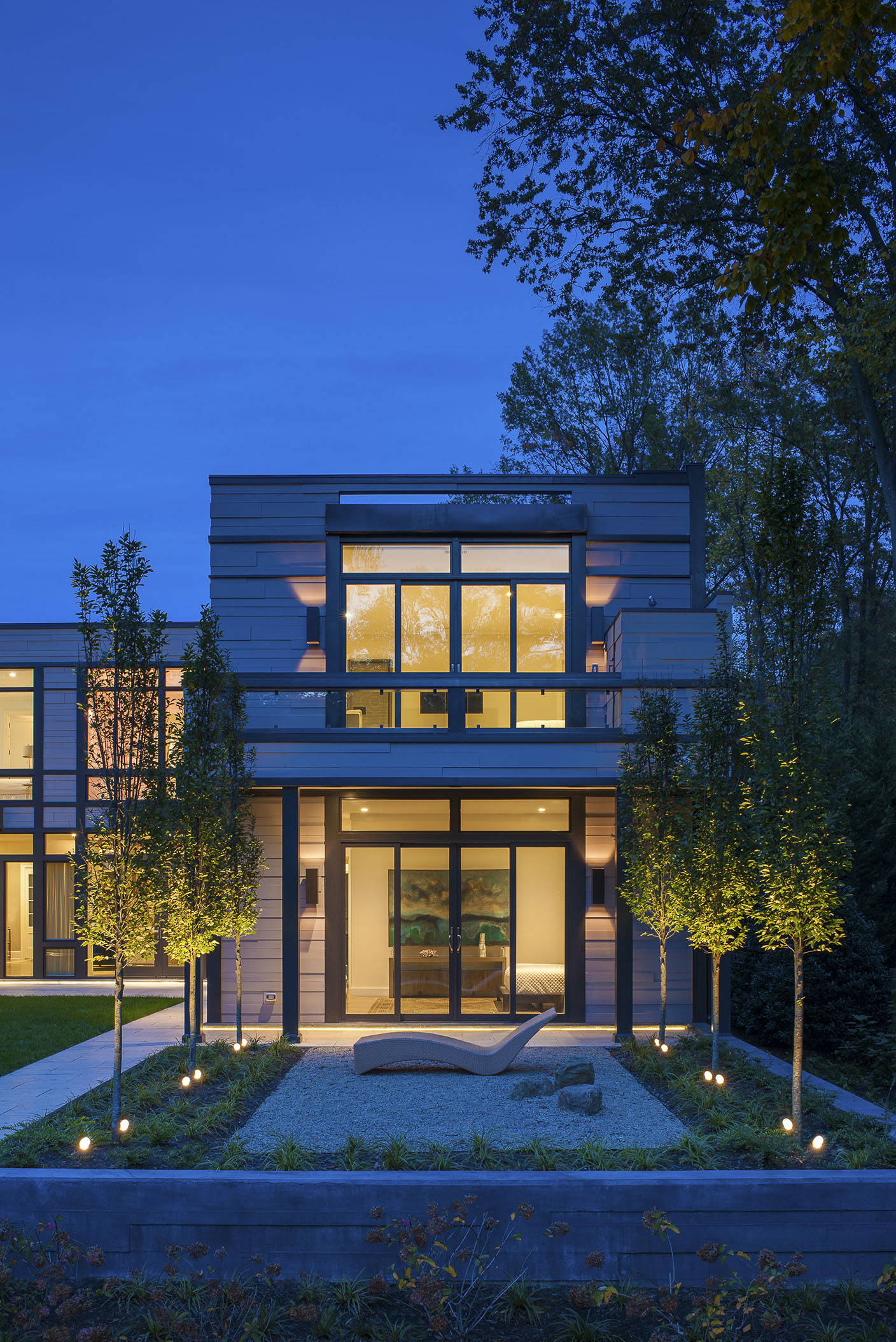