In Arlington, Virginia, clients turned to Donald Lococo Architects for a property on a piece of land with difficult terrain. The original mid century home design was from the 1970s and was ready for a wanting update, though it had a rockstar past. It was the former residence of the Foo Fighters’ and Nirvana’s Dave Grohl, with hit albums having been produced in the house. A considered home remodel transforming the tired property to a newly refreshed mid century modern home would connect the home back to the exciting and dynamic legacy of the space.

The vision for the home was a feel of a mid century modern home with a warm feel. On the exterior, carefully placed rich brown panels provide a dance between public and hidden spaces, as the panels hide and sometimes reveal glass. Instead of avoiding or diminishing the topographical individuality of the property, stairways and panels allow the embrace of different planes and elevations in a depth of space, giving the appearance of walls, and a home, in constant movement. In this way, the home is playful in its “hide-and-seek” duality, as it incorporates wooden bridges, balconies, and mixed materials including stone paths across a patch of grass to connect spaces and levels of the home.

Departing from the dialogue between heavy, dark panels and open, bright expanses of glass, the interior of the home is simultaneously airy while incorporating elements of mid century modern architecture. Windows and glass expanses were added liberally to the interior, which illuminated the entry facades and major living spaces that had once been dark. Light materials and muted neutrals serve as the dominant, soft palette for the interior of the modern home remodel. Warm woods and varied panel patterns encourage a modern warmth throughout the home.

The dialogue between serious, rigid panels and bright, expansive panels of glass encourages a home not only of moving walls, but of exciting, fresh contrasts giving the home dimension, entertaining mystery and an air of adventure – not unlike an absorbing story behind a classic hit single. 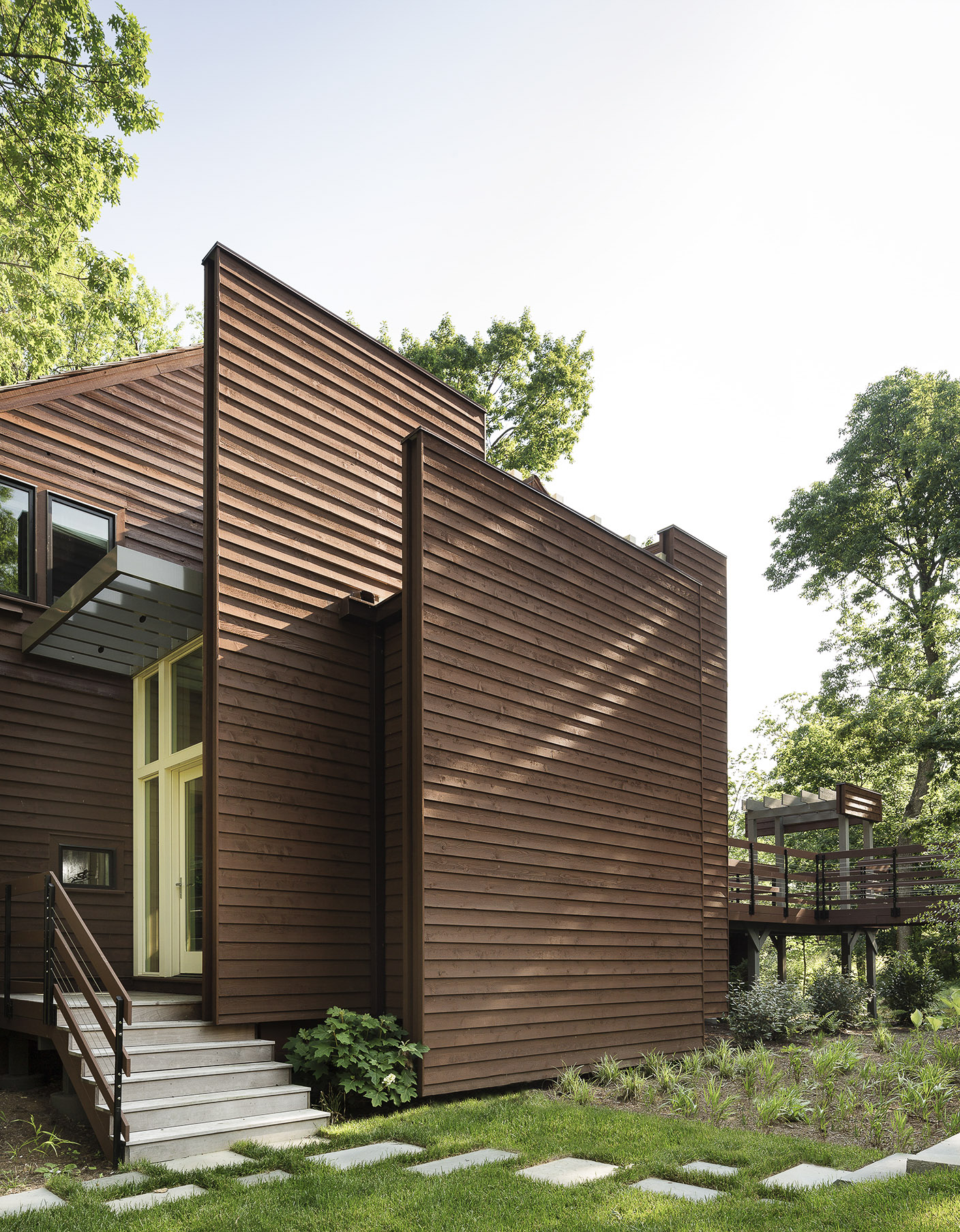 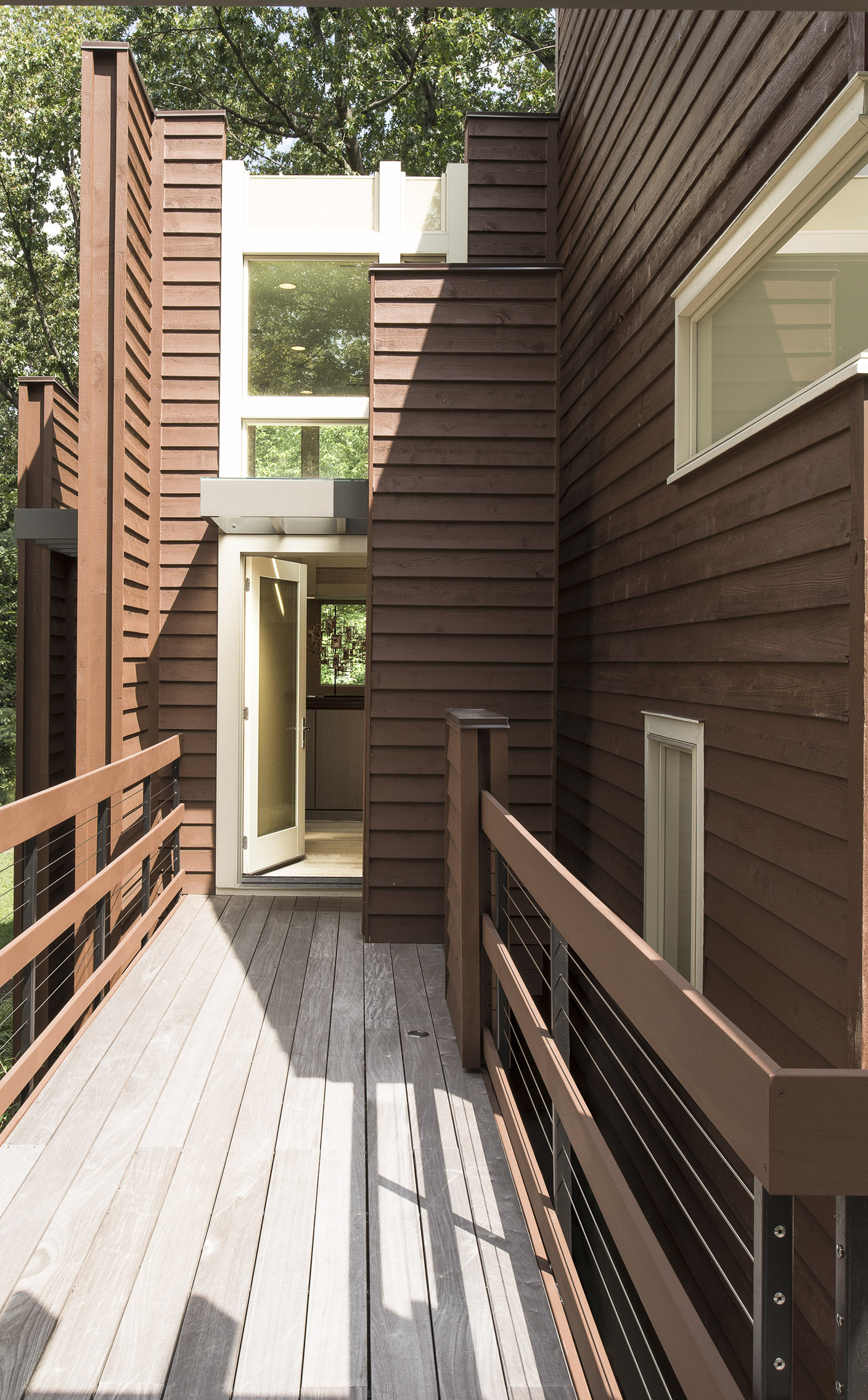 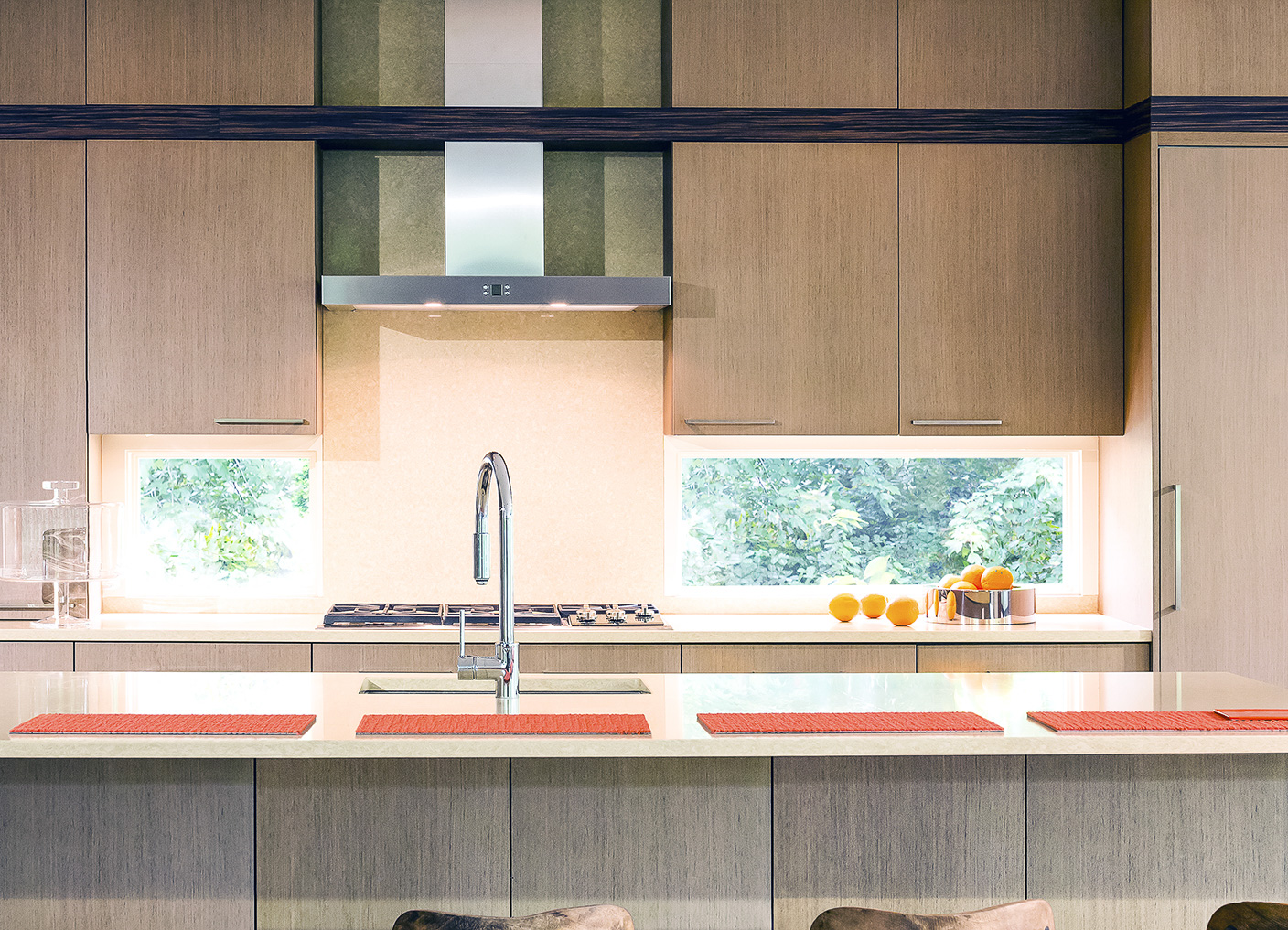 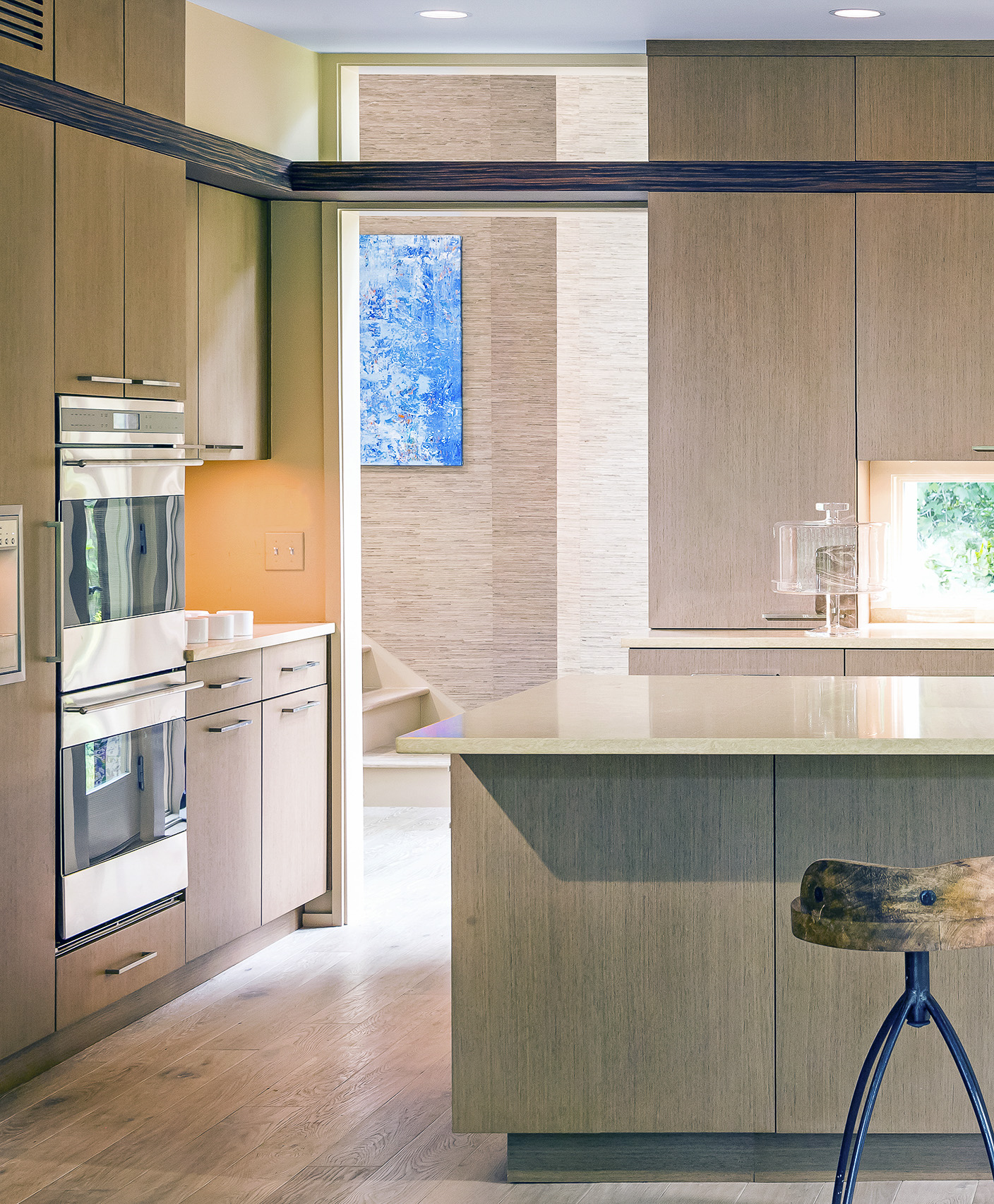 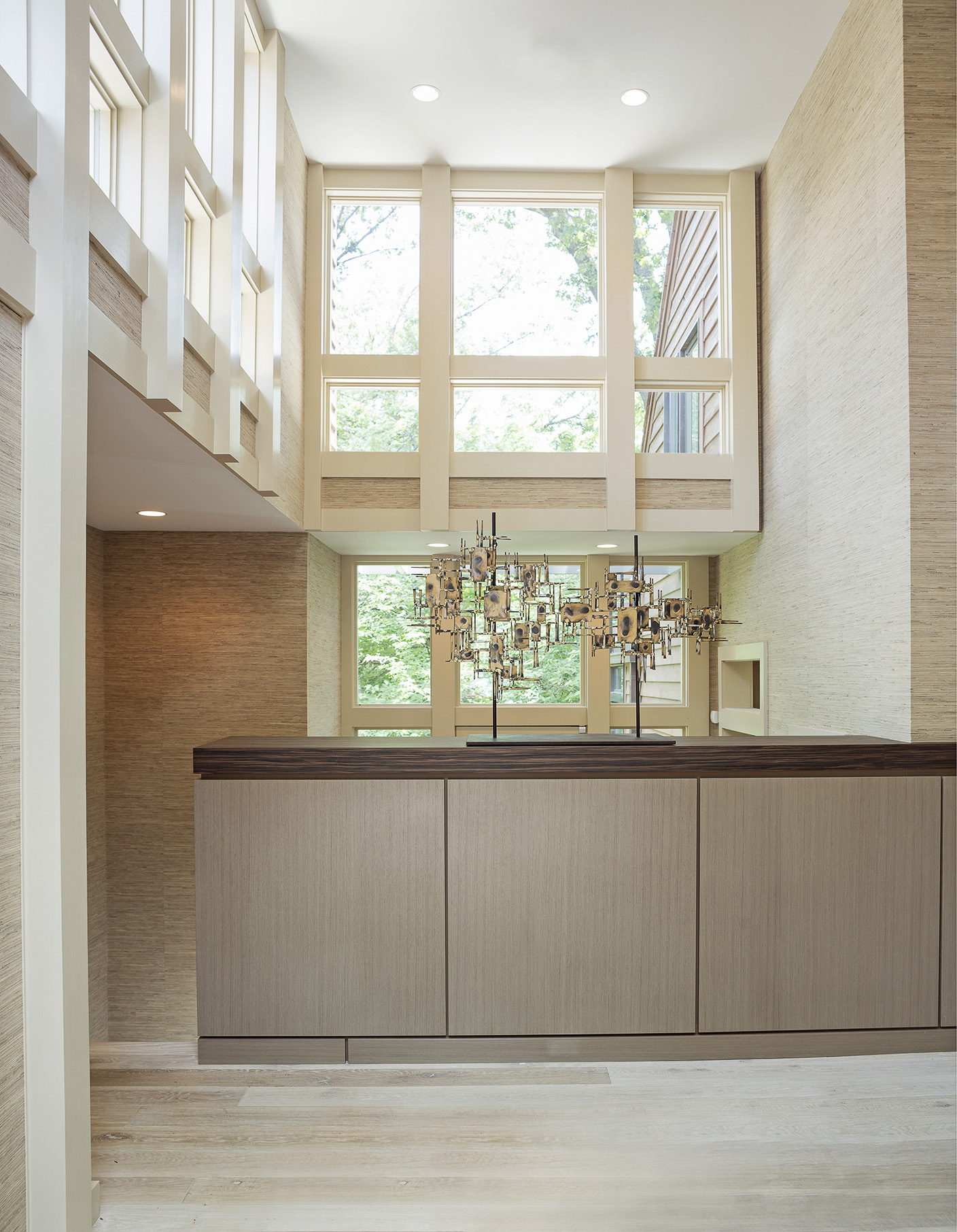 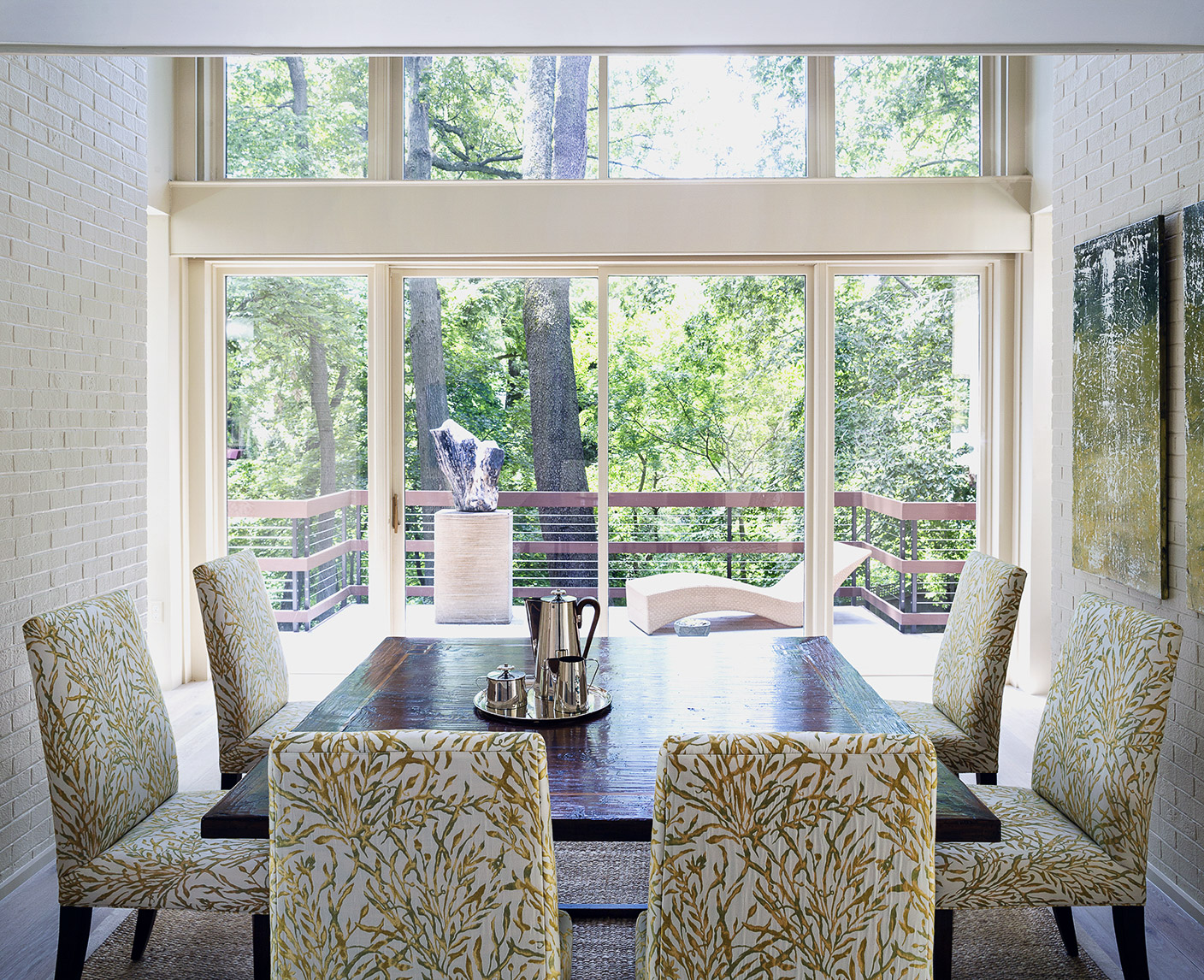 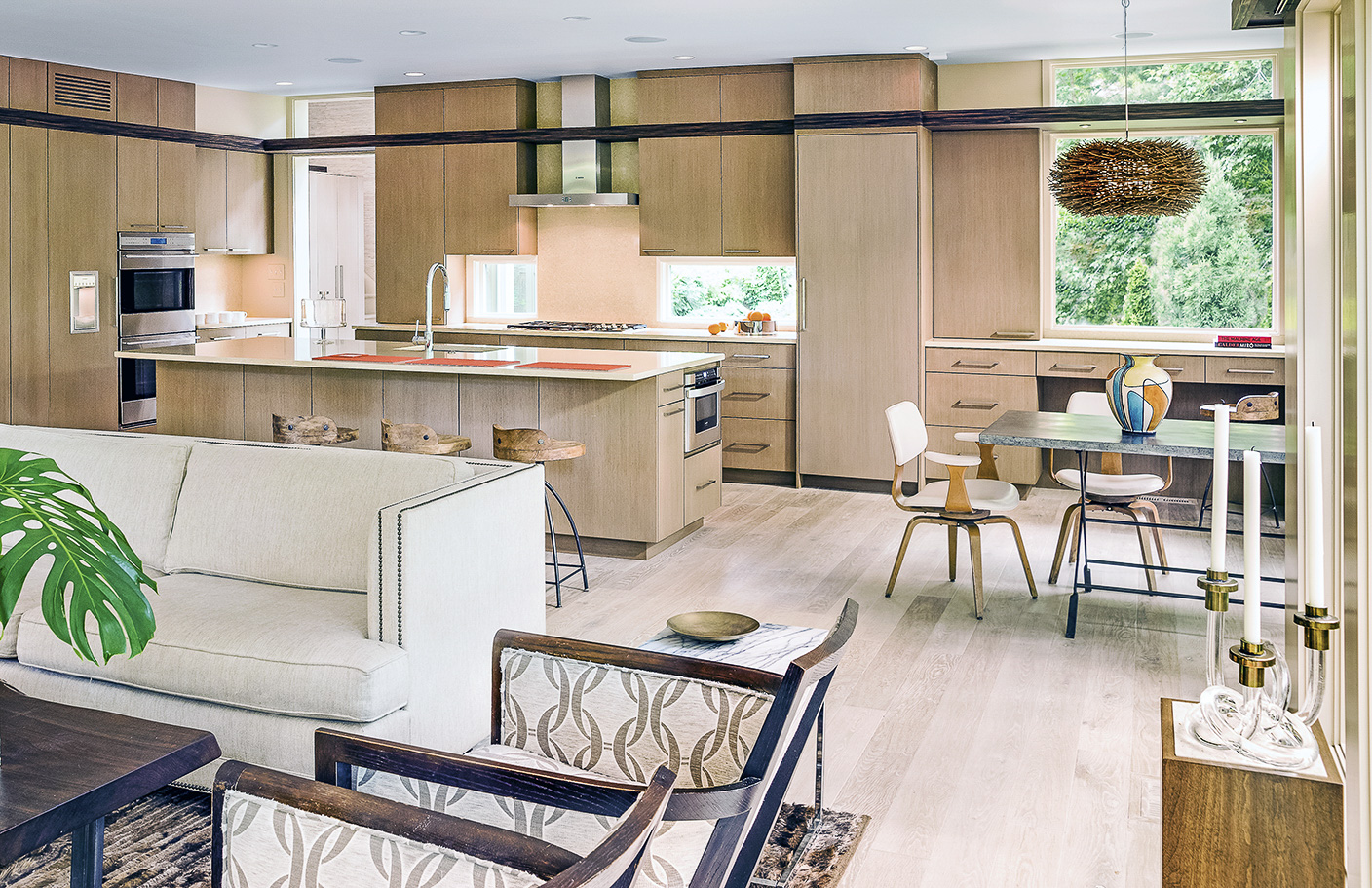 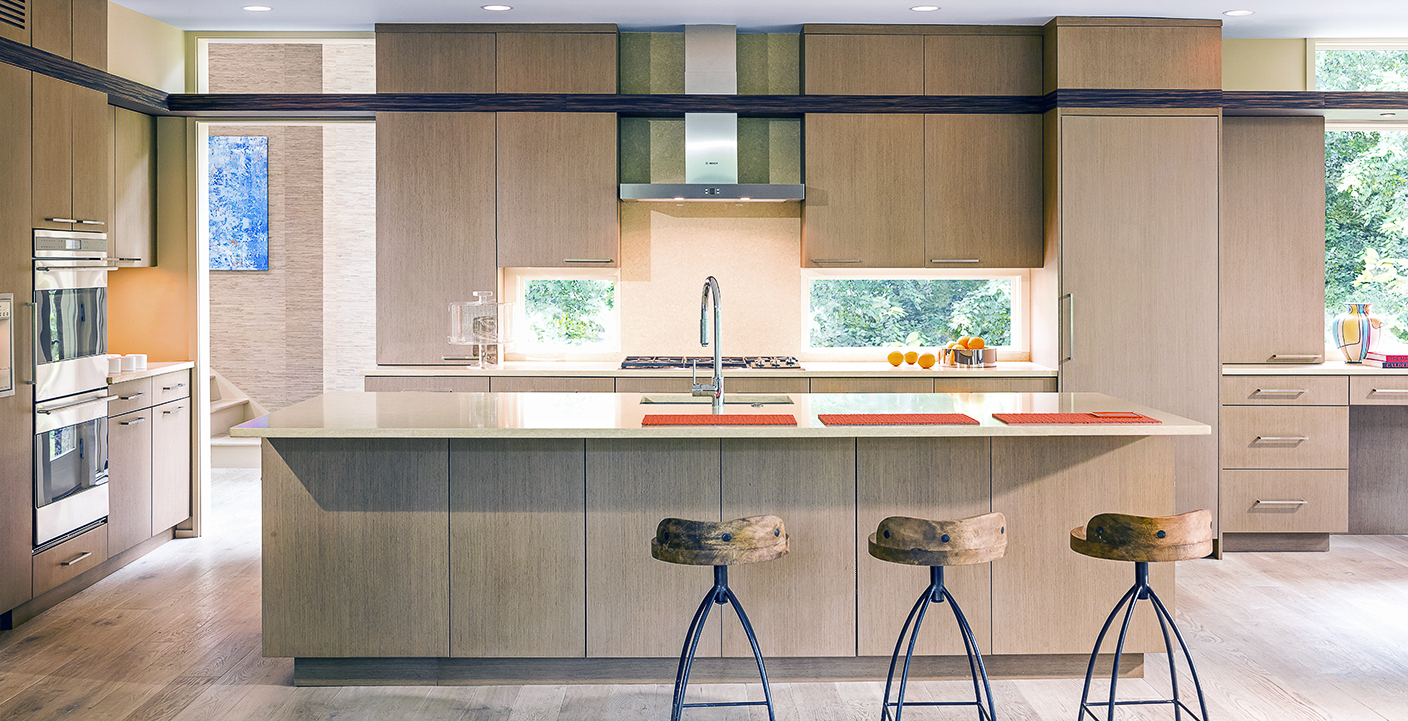 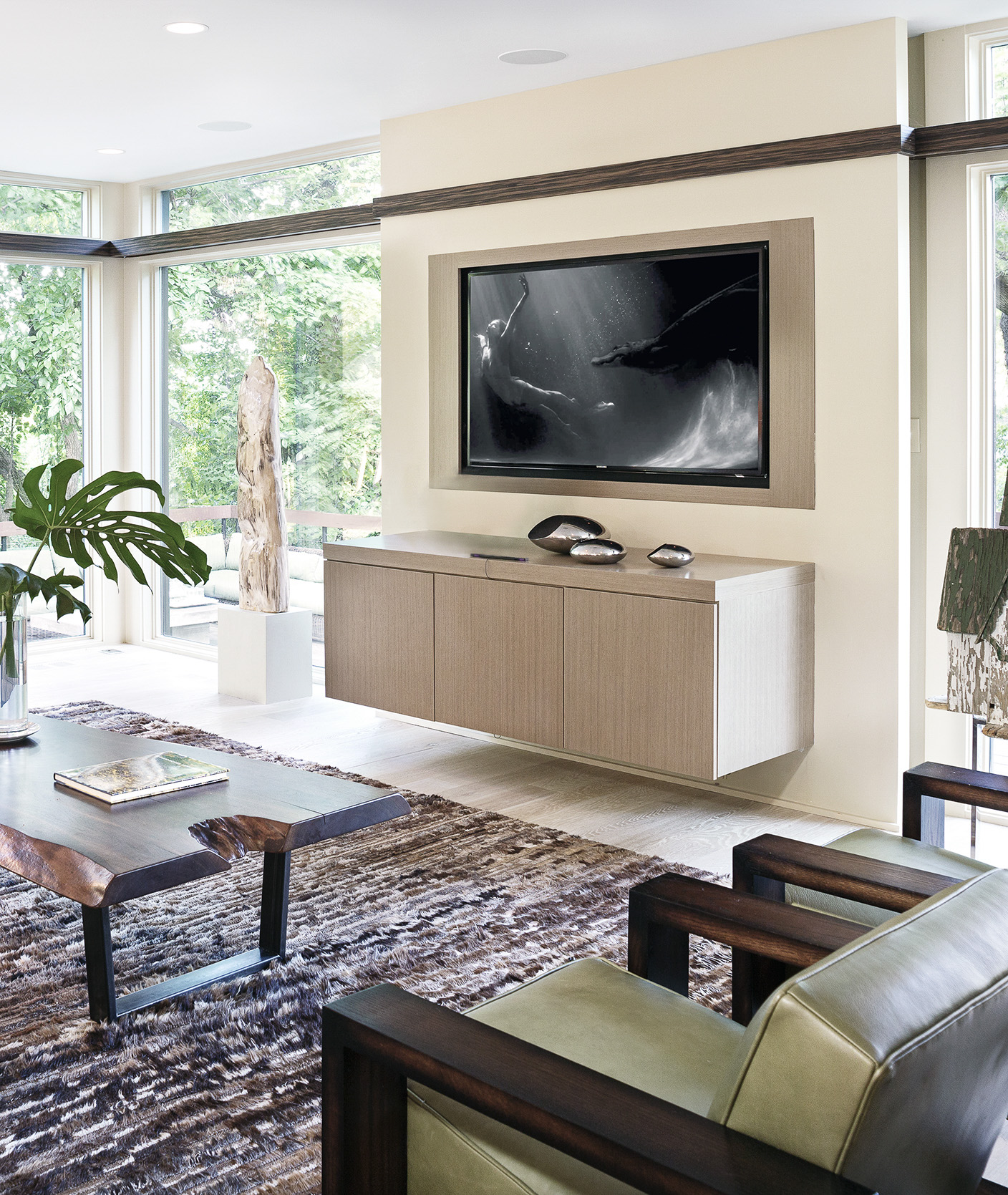 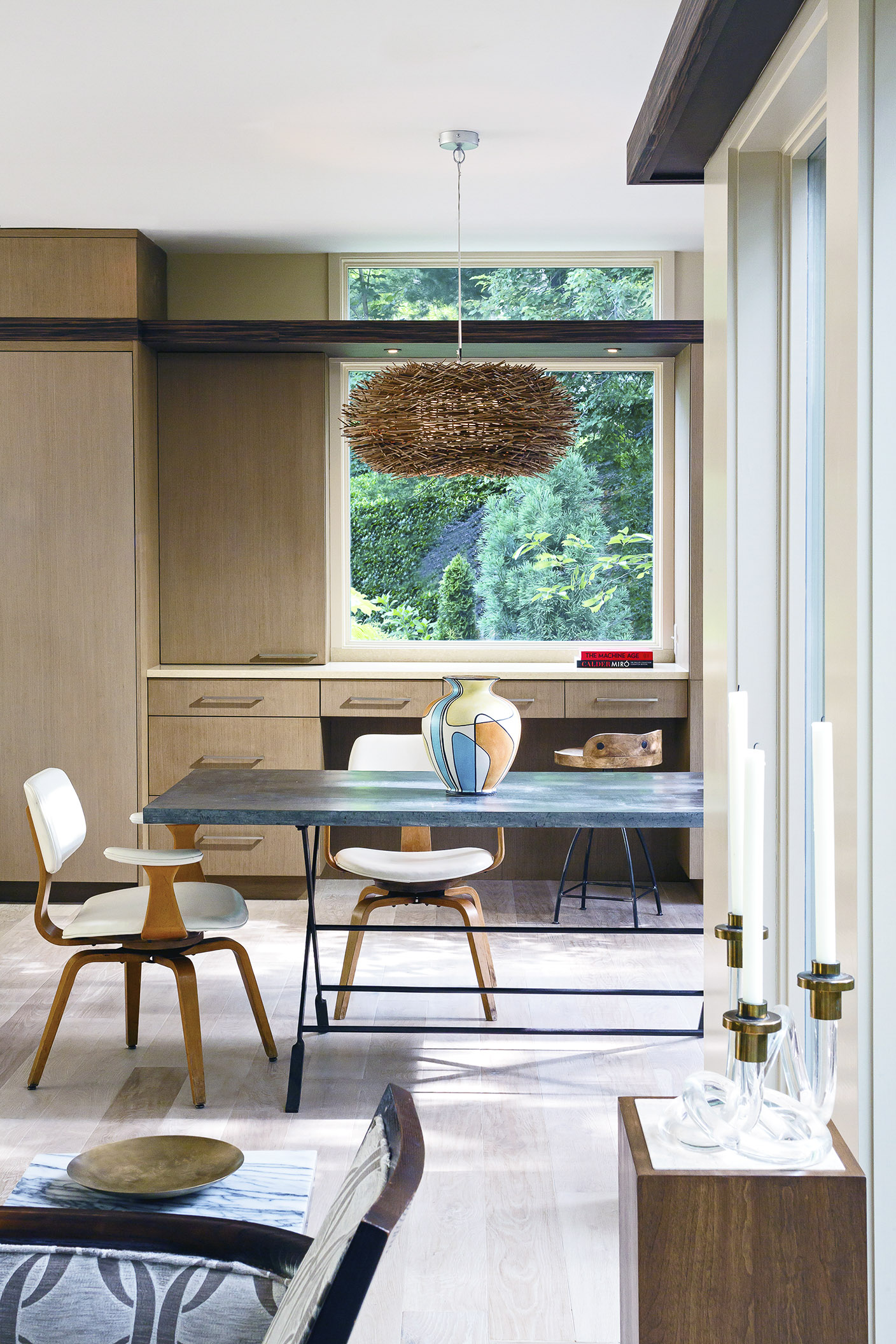