A 1970s home was located on a watershed of the Potomac River in Glen Echo, Maryland, in a peculiar parcel of land that was sandwiched in between parkland and the end of a subdivision. The original house featured a mid century home design with small window openings that simultaneously both shut light out of the home, as well as obscured or blatantly hid beautiful parkland views in this just-outside Washington D.C. home remodel. Using a four-fold approach, Donald Lococo Architects thoughtfully transformed the property into an arresting mid century modern home.

In Donald Lococo Architects’ considered approach for the home remodel, four distinct architectural layers overlay the existing home’s brick façade, blending materials and tones that also offer different levels of view and privacy. To accommodate for the design, the interior footprint was augmented only by 366 square feet. The first layer addresses the owners’ request for an office, foyer, expanded living room, and master bedroom; the second layer features transparency to acquiesce to the request for more light and expansive views into the forested park. A third layer of wooden decks and raised terraces encourages accessibility to fresh air and serve as connectors to free-flowing living spaces outside. A fourth, final layer of board railings and vertical stud curtains offers privacy from the park.

On the exterior, separating both in and outside spaces, layers peel away at certain points to define terraces and anterooms. Though distinct, the layers are not continuous, and serve as a graceful, angular exterior composition in and of themselves. The façade bends to welcome visitors with terraces and balconies, adding scale and balancing the building’s original curb view which originally was a jarring, sharp point. Using wood, brick and siding, materials and colors familiar to the existing 70’s home, the Wedge House modern home remodel celebrates the best of both the comforts of the indoors and the beauty and freedom of nature. 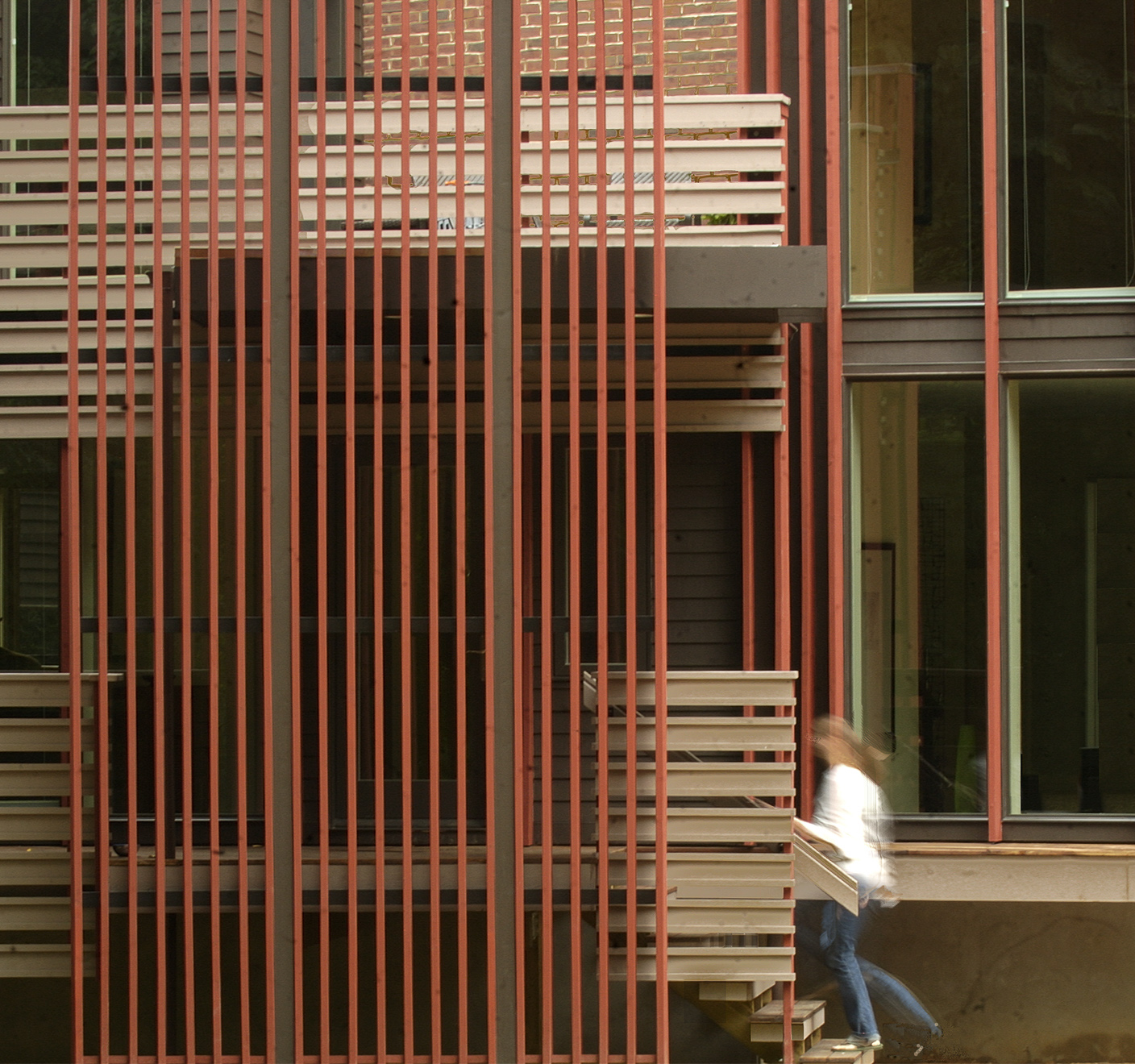 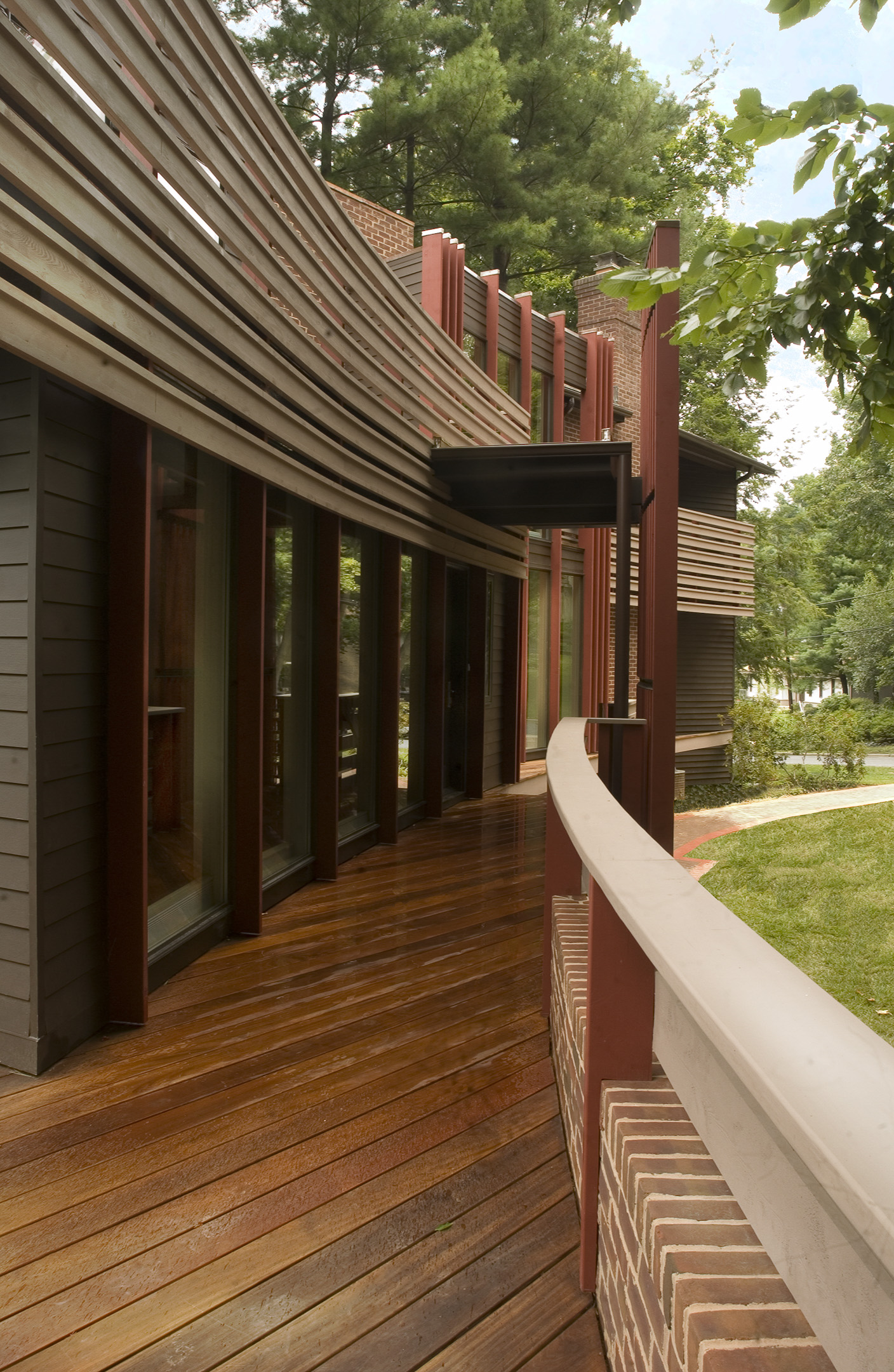 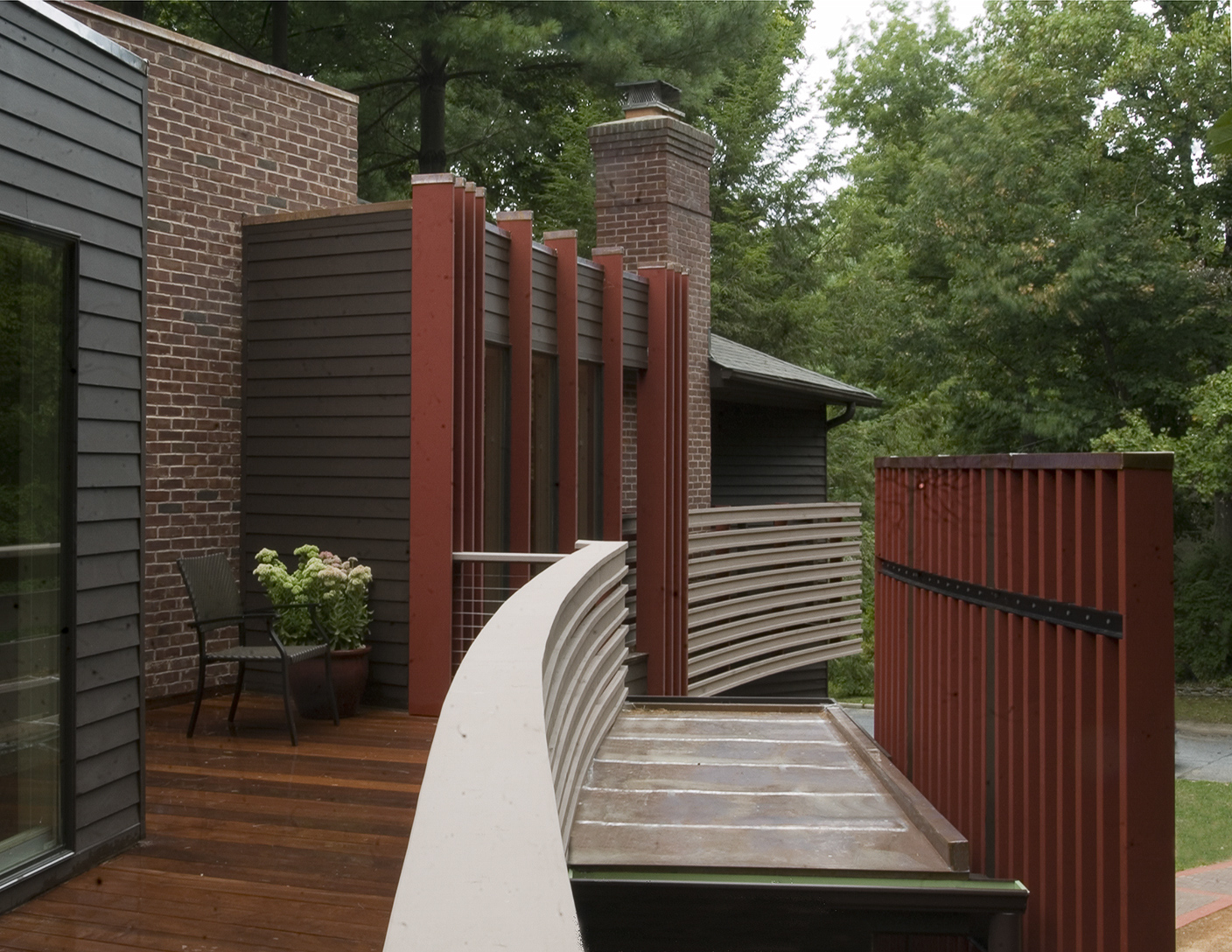 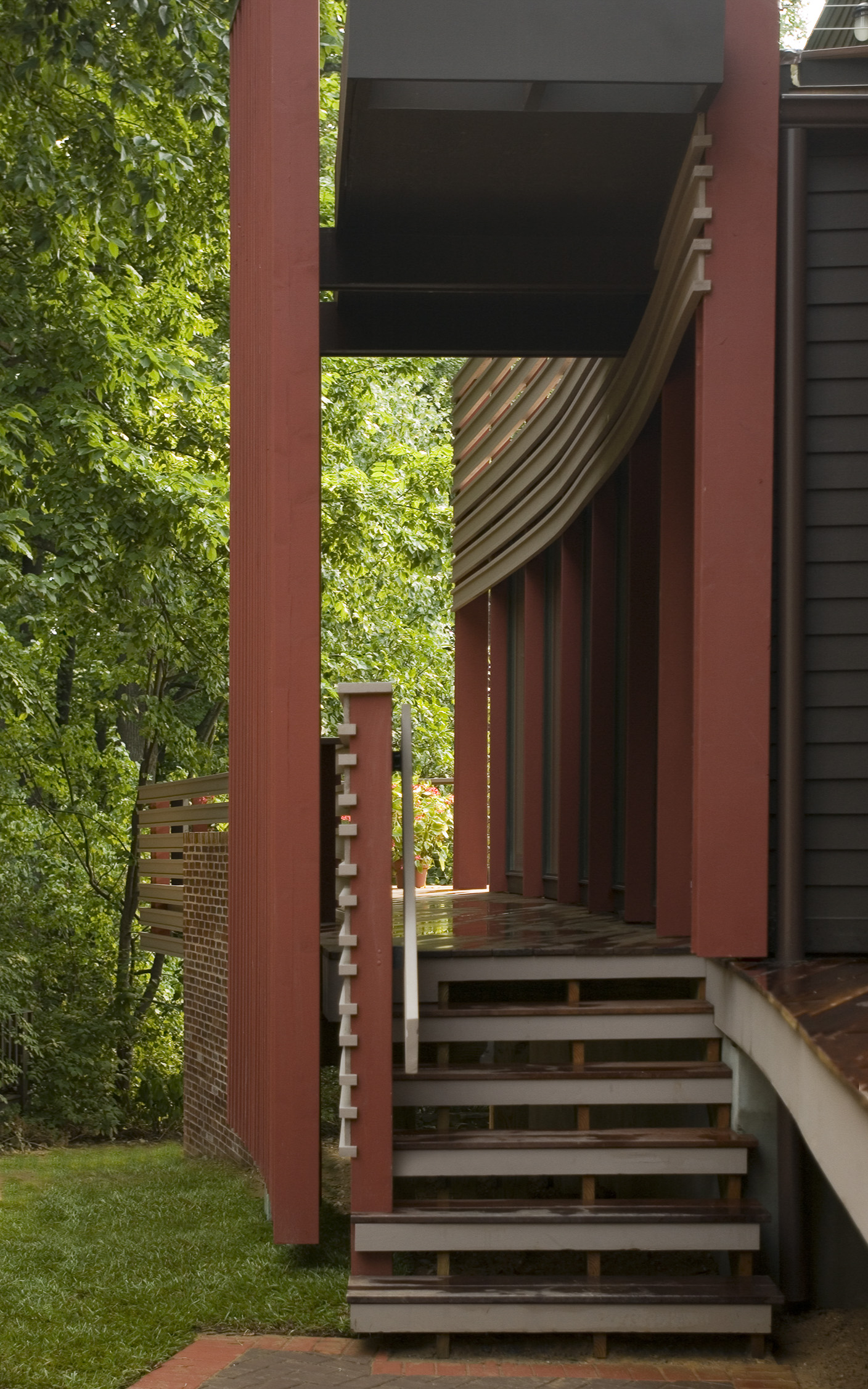 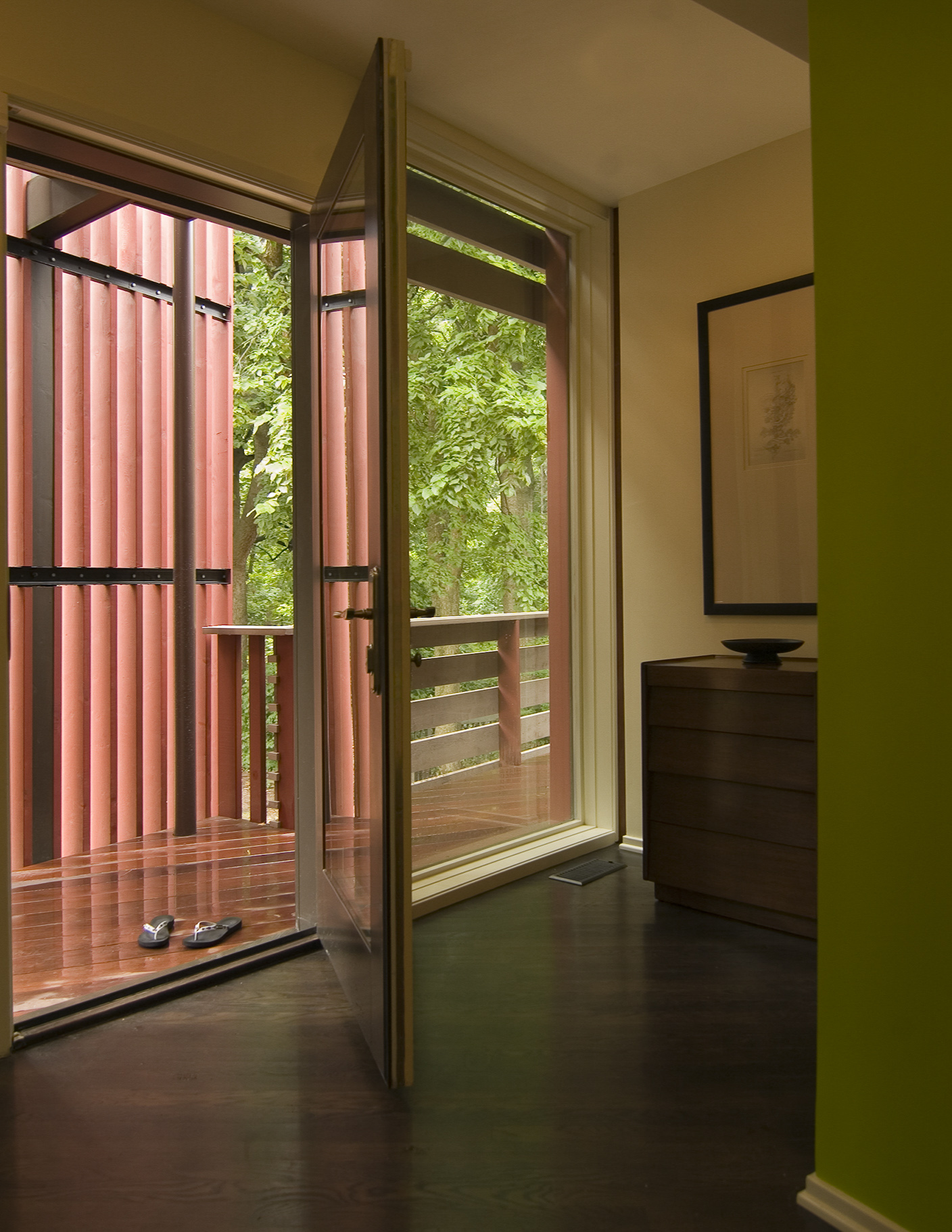 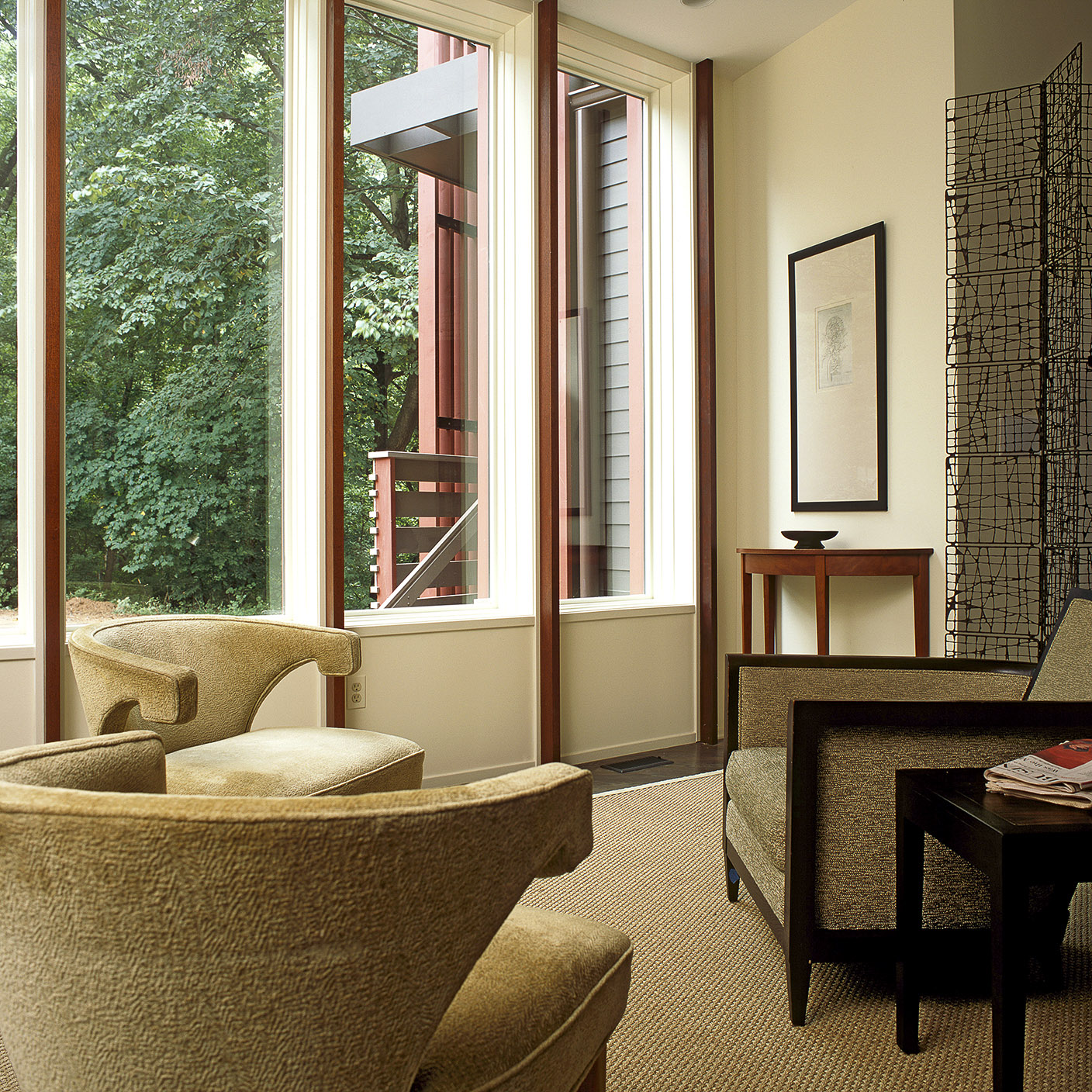 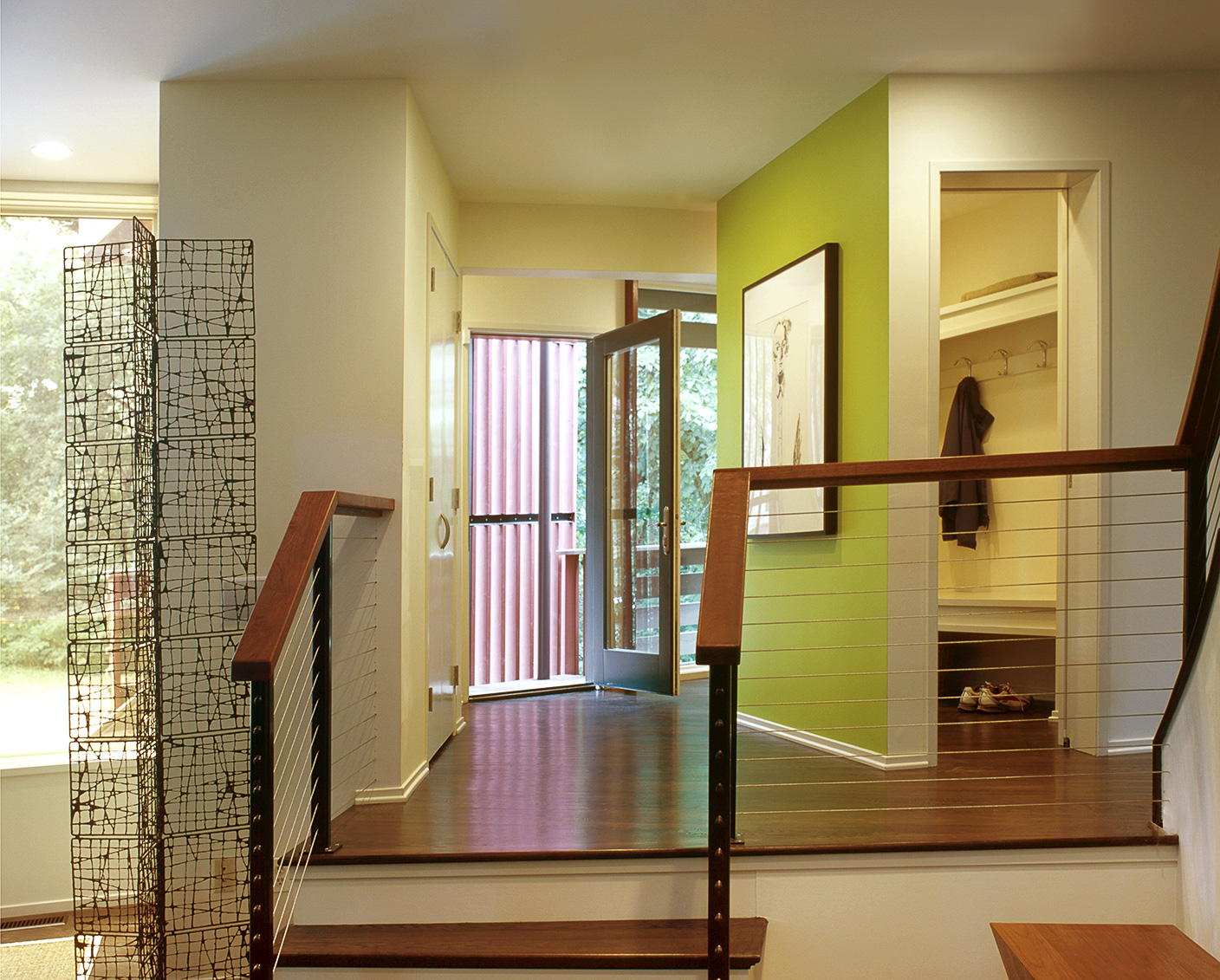 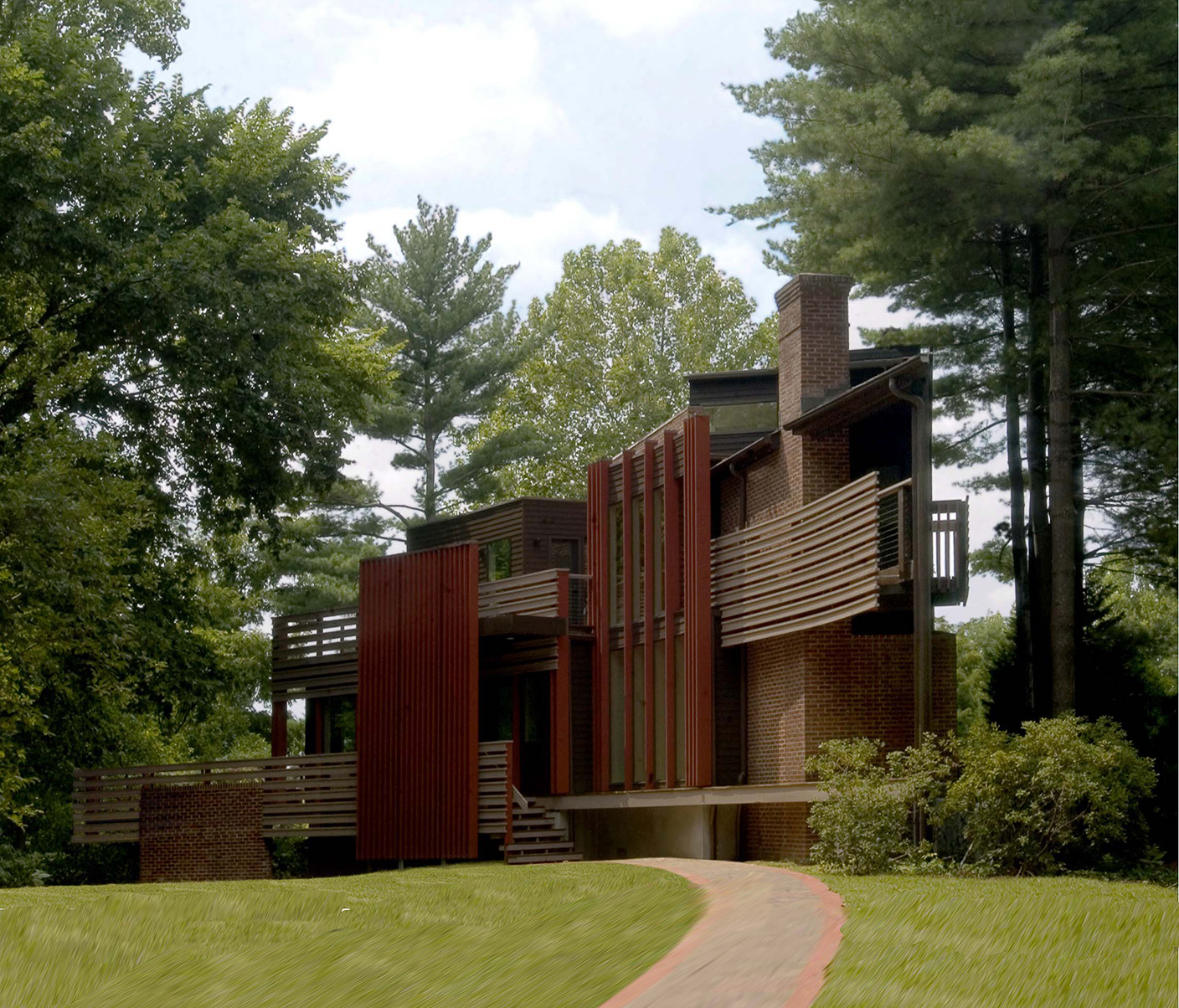